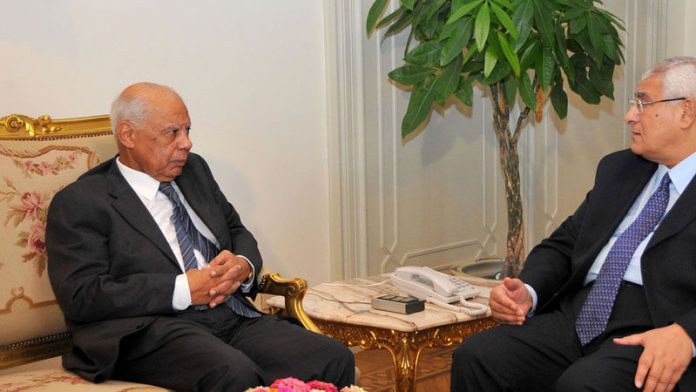 Egypt's premier on Tuesday declared the Muslim Brotherhood movement a "terrorist" group, after a car bomb ripped through a police building and killed at least 14 people.

Prime Minister Hazem al-Beblawi's condemnation of the group comes just weeks ahead of a referendum on a new constitution that is billed as the first major step toward democracy since the ouster of president Mohamed Morsi in July.

An Egyptian court has already banned the activities of the Muslim Brotherhood, to which Morsi belongs, while the interim military-installed authorities have often accused the group of funding and training militants in the restive Sinai Peninsula.

Tuesday's move to declare the Brotherhood a "terrorist" organisation will likely be seen as a further push by the interim authorities to isolate the movement ahead of the constitutional referendum.

The 85-year-old political and social movement prevailed in a series of polls following the overthrow of longtime dictator Hosni Mubarak in 2011, and Morsi became the country's first freely elected leader after winning elections last year.

Egyptian security sources said the explosion in the city, north of Cairo, was massive and a part of the building had caved in.

"The majority of the casualties are from the police. The explosion was caused by a car bomb," Omar al-Shawatsi, the governor of Daqahleya, of which Mansoura is the capital, told state media.

The impact of the explosion was felt around 20km away and shattered windows of nearby buildings, the security sources said.

The head of security for Daqahleya, Sami El-Mihi, was wounded in the blast and two of his aides were killed, security sources said.

Violence
There has been widespread bloodshed in Egypt since Morsi's ouster.

He was forced from power on July 3 after massive street protests against his turbulent one-year rule, with millions accusing him of power-grabbing and economic mismanagement.

More than 1 000 people have been killed in a government crackdown on his supporters, mostly from the Brotherhood.

The crackdown has also seen thousands of Islamists, including the entire leadership of the Brotherhood, arrested.

The movement's top leaders – including its supreme guide, Mohamed Badie – have been put on trial. Morsi too is on trial over several charges including some related to the deaths of protesters during his presidency.

Egyptian prosecutors and officials say the Muslim Brotherhood has links with Islamist militants who have stepped up attacks on security forces across the country.

More than 100 members of the security forces have been killed since Morsi's ouster.

Polarised
Egypt is deeply polarised since Morsi was removed from power and in particular after security forces stormed two protest camps of his supporters in Cairo on August 14.

Hundreds were killed in ensuing clashes at the two camps, the worst carnage in Egypt's modern history.

After Morsi was ousted, Egypt's military-installed authorities announced a road map for a democratic transition.

On January 14 and 15 Egypt is holding a referendum on a new constitution – the first step in the plan.

The constitution, if approved, will be followed by parliamentary and presidential elections by mid-2014.

Egypt drafted a new constitution after the previous 2012 version was suspended when the military deposed Morsi. – Sapa-AFP