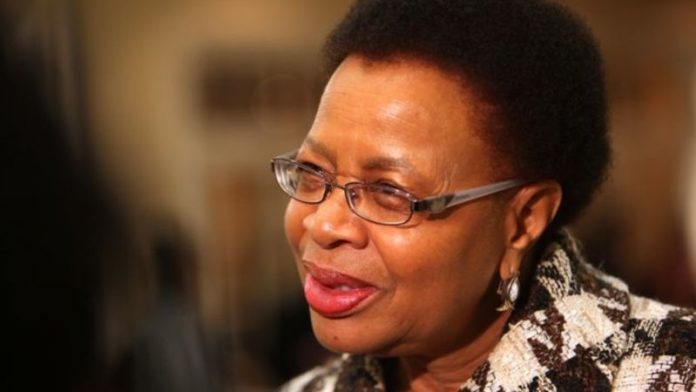 They could not subject her to abusive language or threaten her to leave the Mandela homes in Houghton or Qunu, spokesperson Daludumo Mtirara said in a statement on Tuesday.

"The passing of Mandela does not terminate his commitment to Machel," he said.

It was recently reported that family members were fighting over Mandela's estate and were moving to evict Machel from the house she and Mandela shared.

Attempts by her and human rights lawyer George Bizos SC, a close family friend, to stop the family feud had failed.

The royal family condemned family members who were disrespectful to Machel, said Mtirara.

The family was clear that she was a committed wife to Mandela.

"We do not doubt her contribution in the later years of the world icon," he said.

In Mandela's absence, she became "the key member of the core of the Mandela house" and was expected to emulate Mandela in all family matters.

"We are aware that she dedicates this time to mourning for the passing on of her treasured husband."

Members of the family were also expected to dedicate this time to mourning.

The royal family condemned those who had shown unfamiliar disrespect to Machel, and said this was not in line with its culture.

"Nkosikazi Nosizwe Graça Machel remains the umbrella of the Mandela family and members of the family who do not respect her must refrain from that trend because it is a disgrace that undermines our custom," said Mtirara.

It was reported that, days after Mandela died, his eldest daughter Makaziwe ordered that the locks be changed at the family homestead in Qunu, in the Eastern Cape, and that his eldest grandson Mandla Mandela was locked out.

Mandla and Makaziwe have been involved in a bitter public spat about control of Mandela's legacy and the leadership of the fractured family.

Last week, Mtirara said Mandela pronounced to the Thembu nation six years ago that Mandla was the head of the family and the traditional spear was handed over to him. Sapa