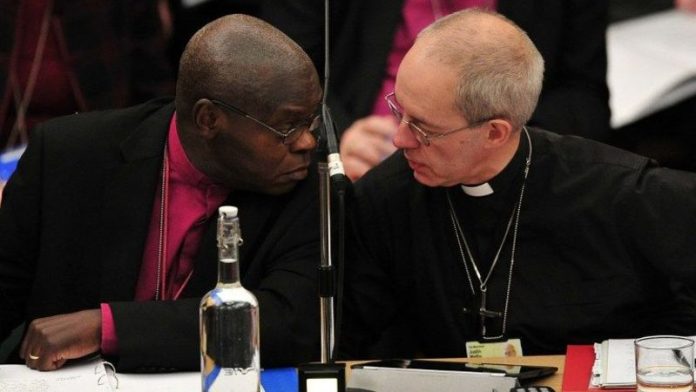 The Church of England is already disestablished in all the ways that really matter. Whatever it tells itself, it has drifted to the margins of national life. Outside the upper classes and the traditional professions it's no longer an essential part of the way in which the country understands itself.

England no longer capitalises "church". This isn't a problem about belief in God, or atheism. The number of people who call themselves Anglicans has declined a great deal faster in the last 30 years than the number who say they believe in God. Detailed polling shows that the problem gets worse as you move down the age groups, so that more people under 24 believe the church is a force for bad in society than suppose it's a force for good.

This isn't a problem with legal establishment – something that isn't a live issue. It is about the role of the church in the country's imagination of itself. And I think it is significant, and worrying for the church that the two huge national ritual self-presentations – the funeral of Princess Diana and the Olympics opening ceremony – show a marked diminution in Christian and especially Anglican content. The Diana funeral was about half Anglican, and half teddy bears. The Olympic ceremony, choreographed by two Catholics, one lapsed, had nothing Anglican in it at all.

So what the Church of England needs to do is to re-establish itself in the ordinary life of the country. Its instinct is obviously to do this with grand gestures, speeches, proclamations and debates, but this is entirely wrong. Instead of pretending it is a single coherent entity with clearly defined opinions and policies – something which simply isn't true and never will be – it should just forget about the national level and get on with things locally.

This lesson has already been learned slowly and painfully at the international level. The attempt to present the Anglican Communion as a coherent church that could negotiate as an equal with the Roman Catholics has been an unmitigated disaster. When the resulting posturing was not vacuous it was poisonous, especially about gay people. The Anglican Communion is finished now. The schism happened and nobody cared. Individual churches have flourishing links in the ruins and this is a good and vital thing. But this is nothing to do with the Lambeth Conferences, any more than European trade was nourished by the Holy Roman Empire.

Now this must also happen at a national level. The General Synod and the "Church of England" as a body capable of having opinions or policies on anything need to shut up. No one cares what they think, except when they say or do something exceptionally crass and repulsive. No one cares what archbishops think, but churchgoers care for the good opinion of their congregations. No one goes to "the Church of England" anyway – people go to their local church. So that's where the effort needs to go. What matters is not doctrine, but the way that faith plays out in everyday life.

This is an unglamorous and local future in which the Church of England becomes less coherent and more alive. But it's the only future in which it has a chance. Christianity is interesting only in so far as it is true. Churches are compelling only in so far as they deal with reality. Far too much of the past 30 years has been spent in "voodoo Christianity" – the attempt to summon up importance in the world by performing bureaucratic ritual. Almost everyone in the institutional church knows this today. What Justin Welby has to do is give them permission to admit it, and to act on it. Only by admitting it has already been disestablished can the church hope ever to re-establish itself. – guardian.co.uk © Guardian News and Media 2013

Mauritius: Paradise for who?