Pakistan to take US drone strike issue to UN 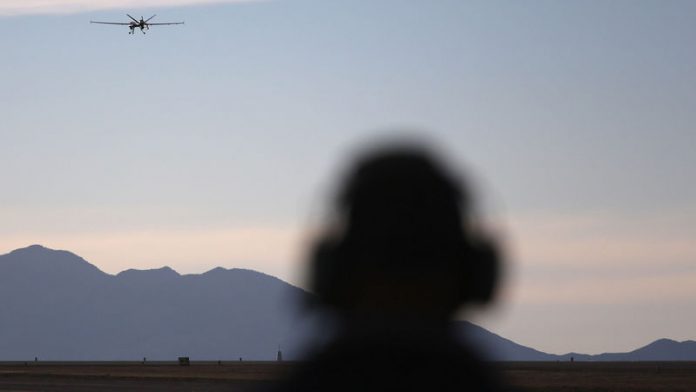 Pakistan on Thursday said it would raise the issue of US drone strikes inside its territory at the United Nations Human Rights Council.

"We will go to the United Nations Human Rights Council (UNHRC) in Geneva if the drone strikes continue" Tasneem Aslam, the spokeswoman for the ministry of foreign affairs said in a weekly news conference.

The UN General Assembly passed a resolution on December 18 2013 calling on states using drone strikes as a counter-terrorism measure to comply with their obligations under international law and the UN Charter.

But in the latest US missile strike after the UN resolution, at least three people were killed late on Wednesday night in Miranshah in Pakistan's northwestern tribal district of North Waziristan, which borders Afghanistan.

Strained ties
Ties between the US and Pakistan have been seriously strained over US drone strikes in Pakistan's tribal belt as well as over sanctuaries for Afghan Taliban insurgents inside its borders.

But human rights groups and Pakistani politicians say the missile attacks have killed innocent civilians and are a breach of sovereignty.

In recent weeks, activists opposed to the drone raids forcibly searched trucks in northwest Pakistan in a campaign to disrupt Nato supply routes through the Torkham gate border crossing.

The club-wielding protesters have prompted US officials to halt the shipments to protect the truck drivers.

Last month a US drone attack on a seminary linked to the feared Haqqani militant network in Khyber Pakhtunkhwa province in the northwest killed at least six people.

The attack, which militant sources said killed the Haqqanis' spiritual leader along with five others, was extremely unusual as it was mounted outside Pakistan's lawless tribal areas on the Afghan border. Sapa-AFP