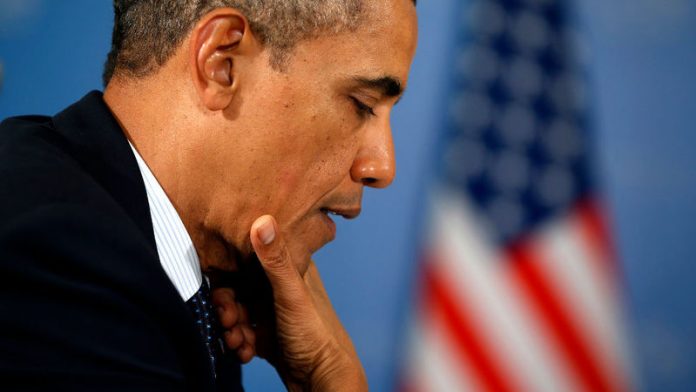 New Year's Day will bring a fresh test for Unites States President Barack Obama's healthcare overhaul, as hundreds of thousands of Americans begin to use the programme's new medical coverage for the first time.

The stakes – for the nation's healthcare system as well as its politics – are huge for the launch of the programme known as Obamacare.

For anxious Democrats with an eye on the 2014 congressional elections, it is a chance for the Obama administration to rebound from the disastrous roll-out of the website, which enrols people in private coverage through the programme, and show that the White House's efforts to help millions of uninsured and underinsured Americans is finally gaining its footing.

Or, as Republican Congressman Fred Upton and other critics of Obamacare warned in recent days, Wednesday could represent the beginning of another debacle that fuels the push by Republicans to make dissatisfaction with Obamacare the chief issue in the November elections.

More immediately, the question is whether the programme will work as advertised on January 1, after a chaotic enrolment period in which problems with the HealthCare.gov insurance shopping website led to a series of deadline extensions and undermined public support for Obamacare and the president.

Many of the newly insured under the Patient Protection and Affordable Care Act signed up just ahead of a deadline on December 24 to receive benefits on January 1, giving health insurers a tight framework to create accounts that can be accessed by doctors.

One fear, as expressed by administration officials and insurance industry executives, is that some people who need medical care during the first days of 2014 will head to the doctor, only to find there is no record of their new insurance.

This could mean patients have to pay upfront and submit a bill to their insurance carriers later.

Administration in the spotlight
Even though the Obamacare programme is not directly responsible for the private insurance purchased through its online exchanges, White House officials have acknowledged that any early problems with the coverage are likely to reflect on the administration.

Some insurance executives say that even a few stories of coverage problems during the next few weeks – which seems inevitable when dealing with such a massive programme – could damage the reputations of the White House and the healthcare overhaul.

"The big moment of trust is 12.01am on January 1, when a mother is standing in a pharmacy with a baby in her arms trying to get a script filled," Aetna chief executive Mark Bertolini said this month. "Getting that information right so that we don't have these events which ultimately end up in our lap if we don't do them well, it's very important for us all to get it right."

A senior administration official acknowledged that "there will be bumps in the road".

"We need to plan for them, we need to anticipate and we need to make sure that we are ready to respond," the official said.

Old hat
Physicians say they are used to dealing with changes to patient insurance coverage and it is not unusual for there to be lag times between enrolling in a new insurance policy and the time it becomes official.

Some doctors will be willing to delay billing. Others will not.

"Come the start of the year, there will be duelling narratives: the people who have never had insurance before who are actually getting decent care for the first time in their lives, and people who are having issues with the administration's new policies," said Dan Mendelson, chief executive of Avalere Health, which has been tracking the healthcare overhaul.

"They are going to kind of cancel each other out," he said. "Three months from now, when we are in the electoral cycle, the policies will be judged on the basis of enrolment [numbers], rather than any technical problems."

Mendelson expects the early 2014 problems to be limited given the light pace of enrolment spread out across the nation, and the fact that hospitals and other providers are experienced in troubleshooting coverage questions for patients.

The beady Republican eye
Stories of patients with Obamacare plans who were turned away or asked to pay higher-than-expected medical fees upfront because of technical or administrative delays within the programme would help the case of Republicans and other foes of the law.

During the past week, Republicans signalled that they will be watching closely what happens with Obamacare enrollees who seek medical care during the first several days of the new year.

"We continue to hold our breath with the next shoe to drop," said Upton, a Michigan Republican who is leading a charge in the House of Representatives against Obamacare.

"When folks visit their doctor or take a child to get necessary treatment [this] week, will the services actually be available? The consequences of the administration's incompetence could not be greater," Upton said.

Turning point
Some Democrats, including House Minority Leader Nancy Pelosi of California, see the beginning of Obamacare coverage on January 1 as a turning point for the programme that will work in Democrats' favour and reverse recent polling trends against Obama and his party.

"By the time we get into the spring, I think the Affordable Care Act will either be a [political] wash or a plus for Democrats," Pelosi told reporters last week.

As many as seven million people had been expected to sign up for Obamacare coverage when the 2014 enrolment period ends on March 31, but that estimate has been thrown into doubt because of the programme's error-plagued rollout.

Since October 1, more than one million people have signed up for private insurance coverage, according to state and federal estimates that do not yet include the last-minute enrolment surge of December 23 and 24.

The administration said it received 880 000 visits to HealthCare.gov on Christmas Eve. And Obama has suggested that a "couple million" people have signed up for coverage overall.

Coverage checks
The Obama administration – whose federal marketplace offers health plans in 36 states – and several of the 14 state-run exchanges have urged consumers to call up their new insurance plans to make sure they are covered.

The administration and several states have offered their call-center personnel to assist in cases in which there are problems with enrolments.

The US government signalled late last week that it was ready to respond to any stories of distressed patients who emerge beginning this week.

The administration has set up contacts at all of the health plans working in the federal marketplace to "have a mechanism to address the issue [and] … make sure that it can be resolved as quickly as possible".

"Whenever a patient changes an insurance company or plan there is a period of adjustment," said Dr Richard Schilsky, chief medical officer with the American Society of Clinical Oncology.

While there may be a period of limbo for some people between signing up and the insurance taking effect, unless there is a medical emergency, patients probably will be able to wait a week or so to see a doctor, Schilsky said.

"If someone needs care, they will get it," he said.

Dr Charles Cutler, chair of the Board of Regents of the American College of Physicians, said many fellow experts in internal medicine who treat people for chronic disease would not be concerned if it took several weeks to get insurance information for a patient.

"In my practice, we assume people are honest," said Cutler, whose practice is in suburban Philadelphia. "If they say they have signed up but are not in the system, we will get it straightened out." – Reuters

Include indigenous knowledge and cultures in the curriculum to improve health

Pairing learning with food is a winning recipe