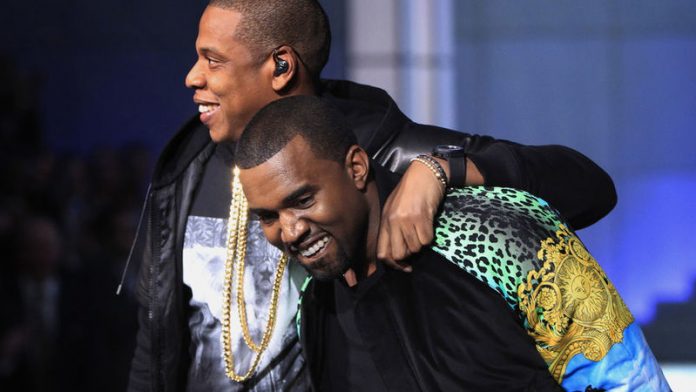 Hip-hop, like any genre, has its great periods and its fallow periods. For old heads, the golden age was the late 1980s, maybe stretching into the early 1990s.

But you don't need to go back in history to pinpoint one of hip-hop's greatest ever years. Just take 2013.

Beneath the superstar level, too, there were great recordings: Earl Sweatshirt, the youngest Odd Future member, offered a more muted brand of nihilism this year with his album Doris; New York's big man Action Bronson and his ferocious Strictly 4 My Jeeps single showed him as a force to be reckoned with in his home town, and went viral after he performed the song at St Hilda's community centre for a group of pensioners in London; the eccentric Detroit rapper Danny Brown's acclaimed album Old was a return to his maniacal raps, shrill giggles and boom-bap beats; and Pusha T's extraordinary My Name Is My Name included appearances from Kendrick Lamar and Rick Ross and many others.

But what's been most exciting, perhaps, has been the way hip-hop has smashed its way into any area it fancies this last year.

'Borders and barriers'
While rap and rock have been cross-fertilising since Run-DMC and Aerosmith teamed up for Walk This Way in 1986, 2013 saw hip-hop's biggest names taking the music in any and every direction.

"Borders and barriers just aren't there," says the hip-hop producer and DJ, The Last Skeptik. "Yeezus is experimental in a lot of ways and it's exciting that it's allowed to be. People are now considering hip-hop as just music, where before it was treated as this very strange thing that a lot of people didn't give a shit about. This year it's everywhere."

It became impossible, this year, to talk about popular culture without also talking about hip-hop: if Miley Cyrus's twerking at the VMAs became one of the most discussed moments of the year, one of the reasons it did so was precisely because it was taking from hip-hop and stirring up a debate about cultural appropriation.

Though the appropriation of rap styles and cultures by the white mainstream has long existed, the presence of instant news and comment via the web meant it was now a common talking point, rather than just a point of discussion within the hip-hop world (indeed, if "twerk" was one of the words of the year, "think-piece" should have been, too).

Rap is being deconstructed more than ever, from questions of whether Jay Z is bolstering a new kind of black identity by going vegan (albeit temporarily), whether feminists can enjoy the genre, or how dangerous the commodity fetishism rife within the culture is – a theme taken up by non hip-hop artists, such as Lorde, prompting responses that there had long been rappers aware of just this issue, and maybe someone should have taken notice of them in the first place.

Dominate the headlines
Maybe this was the first time hip-hop has dominated the pop culture headlines since the moral panic around gangster rap in the late 80s and early 90s – and this time the headlines were a lot more sympathetic to the rappers.

Hip-hop's co-opting of brands, in fact, reached new heights this year, when Jay Z signed his $20-million deal with Samsung, which saw Magna Carta Holy Grail be made available first to users of Samsung devices.

The difference this year was that it wasn't just the rappers celebrating the brands, but the brands who wanted the rappers.

While Ace Hood's Bugatti, Migos's Versace and Jay Z's Tom Ford may have been among the year's biggest songs, that Samsung deal was more important than any of them.

It's a long way from Kurtis Blow becoming the first hip-hop artist to appear in a TV advert, when he signed a deal with Sprite back in the 80s.

It's even further from the ambivalence displayed by Timberland and Cristal when their products were adopted by hip-hop artists and fans, fearful they would lose ground in their preferred demographics.

Jay Z's Samsung deal is the final proof that hip-hop is now a coveted sales vehicle for non-musical brands, not least because it is the only music whose reach is genuinely worldwide.

Fashion
Even hip-hop's fashions reflected a scene confident in expressing its individuality. Where the hypermasculine era of 50 Cent and Jay-Z's Big Pimpin' was dominated by baggy-trousered prison gear and Rocawear, now the influences come from the likes of Schoolboy Q of Black Hippy and his bucket hats, and from Odd Future's Supreme beanies (though Kanye's leather jogging bottoms have yet to catch on).

As DJ Snips, a Kiss FM DJ and part of the Livin' Proof collective, says: "In clubs you just see more diversity than you have in a while, in terms of people aligning themselves with different hip-hop tribes. You get Flatbush Zombies fans dressed as hippies in tie-dye, Meek Mill fans in Gucci and A$AP fans in leather shirts and goth T-shirts. And it all seems acceptable for each sub-group to like each others' music. This isn't the first time that this has happened but it feels like it's coming back around."

So what about outside the club? While the internet has atomised hip-hop, it has helped nurture a true underground culture online.

And while Vine, the mini-video sharing app, may not have been as globe-conquering as was predicted when it launched, it's been crucial to the spread of underground hip-hop. The hip-hop platform World Star Hip Hop features weekly Vine compilations, which have developed their own soundtrack – this year that's included YG's My Nigga, Migos's Hannah Montana, and revived releases like J Dash and Flo Rida's contagious 2011 twerking anthem Wop and last year's Don't Drop That Thun Thun by Finnaticz.

The main thing, though, according to Jo Fuertes-Knight of Vice's music site Noisey, is that this has been the year everyone has been talking about hip-hop. "For me, in terms of the press and its flirting with hip-hop, this year has been fucking amazing. Everyone from the Daily Mail to indie fans were talking about people like Kanye and Jay Z. Jay Z's album wasn't even very good, but people were talking about it this year. Rihanna was making shit electronica last year, but this year she's making trap tunes. Juicy J and 2 Chainz have had these genuine revivals of Atlanta music, because of Miley Cyrus shedding light on a scene."