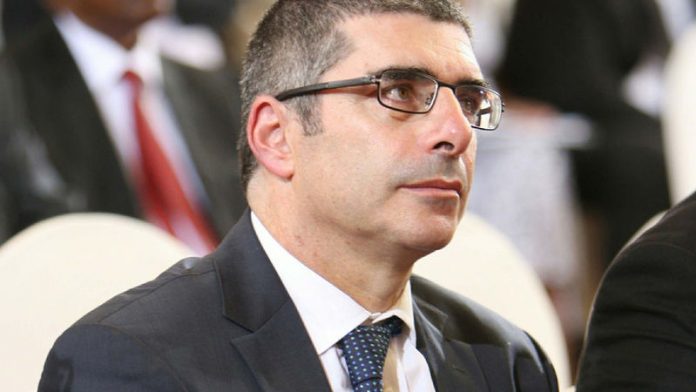 The police officer in charge of the South African Police Service's intervention to curb a wage-related strike at Marikana was questioned about his handling of the volatile situation when the Farlam commission of inquiry resumed its public hearings on Monday.

Brigadier Adriaan Calitz insisted that on August 16 2012, it did not occur to him that the protesters lying down after a clash with the police tactical response team (TRT) were dead. Evidence leader Matthew Chaskalson SC asked Calitz why he had not immediately contacted the TRT officers to get an update.

"There were 18 bodies down and you understood that to mean the people were either injured or that the people were lying down to be arrested. You had seven and a half minutes at the [police] re-organisation line in which you stood still," said Chaskalson. "There is a passage [indicating an attempt to contact the TRT] which can be tied to the very beginning, at two seconds of the seven and a half minutes … During these seven and half minutes, did you make any further attempts to contact the TRT?"

Speaking in Afrikaans, Calitz responded: "Mr Chaskalson, you have asked this question before and I have said to you that I cannot say to you with certainty whether I called them during that time … I have also mentioned that I did not hear any radio communication from the TRT."

Chaskalson asked Calitz to explain why he did not contact the TRT officers via cellphone.

The three-member commission, chaired by retired judge Ian Farlam, resumed its public hearings in Pretoria on Monday after adjourning on December 5. The commission is mandated to probe the deaths of 44 people during labour-related unrest at Lonmin's platinum mining operations at Marikana, near Rustenburg, in North West. On August 16 2012, 34 people, mostly striking miners, were shot dead and 78 were wounded when police fired on a group gathered at a hill near the mine while attempting to disperse and disarm them. In the preceding week, 10 people, including two police officers and two security guards, were killed. Calitz was the commander in charge of the police operations on the scene on the day of the shooting.

The commission is expected to complete its investigation, including the gathering of evidence and concluding the public hearings, by April 30. – Sapa