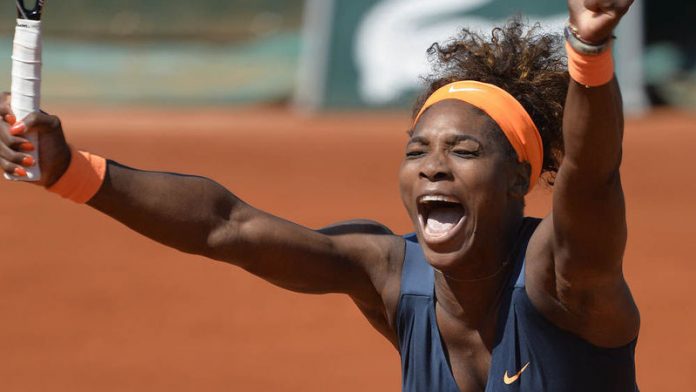 A clinical Serena Williams swept past local hope Ashleigh Barty to get her Australian Open underway on Monday, but insisted winning wasn't her main priority and enjoying herself took precedent.

The American world No. 1, the overwhelming favourite to win a sixth Melbourne crown, wasted little energy in swatting aside the young Australian 6-2, 6-1 in under an hour to set up a second round clash with Serbia's Vesna Dolonc.

The demolition moved Williams one step closer to an 18th Grand Slam title, while reinforcing the 32-year-old American as the tournament favourite.

But Williams indicated staying calm was key to keeping her formidable performances going.

"It doesn't matter whether I win or lose, as long as I have fun. As long as I'm able to stay relaxed, I'll be okay," she said, attempting to take the pressure off.

"It's good to get through that match. She could be potentially a dangerous opponent. She's really good. I'm just happy to finish that one."

Williams had never lost in the opening round of the Australian Open in 13 previous appearances and has only fallen once at the first hurdle in 53 Slams, highlighting the massive odds facing the 17-year-old Barty.

Wildcard
Barty, the world number 155 and a wildcard, won her opening service game to a huge cheer from the crowd but Williams was just finding her stride, easily holding the next then breaking the Australian to signal her intent.

Williams, in a figure-hugging pink and black outfit, then went through the gears, smashing winners on the forehand and backhand to silence the partisan support at Rod Laver Arena and wrap up the opening set in 31 minutes.

She began the second where she left off, breaking Barty immediately and holding her booming serve, which reached 192km  per hour, as the youngster struggled to stay in touch.

Another break put her 3-0 up as the winners kept coming and the grunts got louder.

The 32-year-old held serve for 4-0 before Barty woke up the crowd by holding serve, adding respectability to the second set scoreline, before Williams wrapped up the match in just 57 minutes.

Despite the lopsided result, she paid tribute to Barty.

"I was ready because I know she is such a good player and has a bright future," she said.

Gunning to win
Williams is gunning to match Chris Evert and Martina Navratilova's 18 Grand Slam titles, and few are betting against her after a exceptional 2013 in which she won a career-best 11 trophies.

She now has a 59-8 record at the Australian Open and will face Dolonc on Wednesday, when the temperatures are forecast to pass 40°C.

Williams said she would cope with the heat.

"It's okay. I have to be ready for it. I'm happy to be in the second round, so I can't complain about the weather at this point." – Sapa-AFP

I now go to meetings barefoot and in my shorts. And it cuts what we pay for MPs to travel. We should keep it this way post-Covid
Read more
Advertising
Continue to the category
Coronavirus