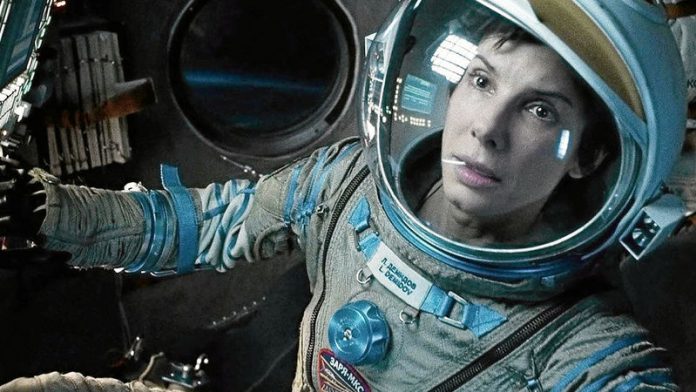 Three films – American Hustle, Gravity and 12 Years a Slave – cemented their frontrunner status for the Oscars on Thursday in what is shaping up to be a highly competitive year for Hollywood's top honours.

All three films garnered nods for best picture and best director. "This has been an amazing ride, and to receive nine nominations from the Academy is testament to all of the hard work," said McQueen, a British filmmaker who unearthed the real-life American story about a free man sold into slavery.

But in a year hailed as one of high quality for the Hollywood industry, several other films could challenge the favourites in the race for the world's top film prizes.

Members of the Academy of Motion Picture Arts and Sciences may nominate up to 10 films for best picture, but only chose nine this year. A notable exclusion was the Coen Brothers' Inside Llewyn Davis, which had won some top critics' awards, and scored only two nods overall.

The race could be complicated by the long lead time to the Oscars ceremony, to be hosted by comedian Ellen DeGeneres in Los Angeles on March 2.

Top actors snubbed
The crowded honours race spilled over into the acting categories, where the academy snubbed some veteran stars and instead chose to recognise up and coming talent.

Eight individuals in the acting categories are first-time nominees, including Chiwetel Ejiofor as the free man sold into slavery in 12 Years a Slave. He will compete in the best actor race with Matthew McConaughey, the Golden Globe winner last Sunday for his role as the unlikely Aids crusader in Dallas Buyer's Club, and Leonardo DiCaprio as the swindling, fast-living stockbroker in The Wolf of Wall Street.

DiCaprio said he "found the role to be one of the most challenging and rewarding of my career".

And while the best actor race included veteran Bruce Dern for his cantankerous old man in Nebraska and Christian Bale as the con-man with bad hair in American Hustle, it excluded Robert Redford, who won acclaim for his solo role as a sailor lost at sea in All is Lost, and Tom Hanks as the captain under siege in Captain Phillips.

Hanks, who has not won an Oscar since his back-to-back wins in 1994 and 1995, was considered a favourite, mostly because of his harrowing final scene in the film.

"I'm disappointed by it," said Captain Phillips producer Michael De Luca. "It was a crowded field this year. It's a great field of movies. I think with Tom, who has been so excellent in everything for so long, he makes it look easy."

Hanks' Somali nemesis in the film played by newcomer Barkhad Abdi did win a best supporting actor nod, however.

It was a good year for veteran actresses and Oscar winners. Meryl Streep extended her lead as the most nominated performer with an 18th nomination, this year for best actress as the matriarch in August: Osage County.

Streep goes up against fellow Oscar winners Sandra Bullock as the astronaut lost in space in Gravity, Cate Blanchett as the riches-to-rags socialite in Woody Allen's Blue Jasmine, and Judi Dench as the Irish mother who loses her son in Philomena.

Amy Adams is nominated for her turn as a con-lady in American Hustle.

"This is just the loveliest news," said Dench. "I'm so happy for everybody involved, and so proud to have been part of the wonderful experience that Philomena has been."

The list excluded Emma Thompson, praised for her role as the Mary Poppins author in Disney's Saving Mr. Banks.

Rare feat for American Hustle
In the supporting categories, there was a nod for newcomer Lupita Nyong'o as the slave Patsey and another for her cruel master, played by Michael Fassbender.

In the next few weeks, Hollywood will look to see how the actors, producers, directors and writers guild awards shape up. Their members also constitute the bulk of the 6 000 Academy members.

Oscar voters have a longer time this year between nominations and awards and there is a risk they could get bored by the frontrunners, change their minds or be distracted by the Winter Olympics, said awards handicapper Tom O'Neil of Goldderby.com.

"Right now it's looking like 12 Years a Slave is ahead based on the momentum," said O'Neil.

"It feels very important. It has the urgent social message that the Oscar voters like, but it's a hard movie to take." American Hustle, he added, has an A-list cast, a good box office and lighter fare, while Gravity is "a spectacular achievement cinematically".

Cuaron won best director at the Globes and the techical advances he used to depict the wonders of space in Gravity yielded nominations for cinematography, visual effects and sound, among other technical categories. – Reuters