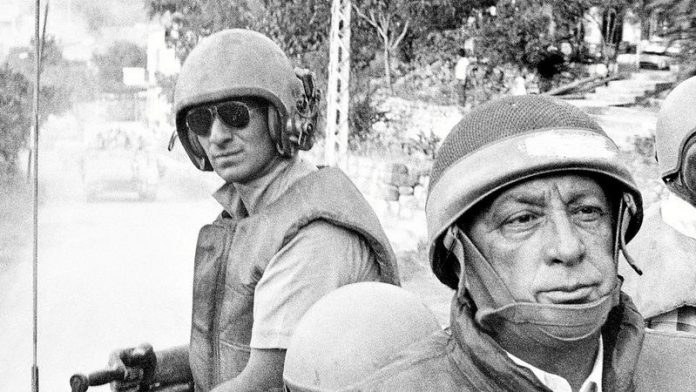 Niri Boasson was in kindergarten when Ariel Sharon entered his eight-year twilight zone between life and death. Now, at the age of 12, she was skipping school this week with two friends to pay her respects to the man who dominated Israel for decades and divided the country, region and much of the world over his record as a soldier and a statesman.

"He was a good man who did good things," said the young truant, one of several thousand Israelis who filed past the former prime minister's flag-draped coffin under an untypically leaden sky. "I don't think a leader like him will come again."

Sharon died on January 11 aged 85, eight years and one week after a stroke that plunged him into a coma. Inevitably, most of those who navigated the tight security around the Israeli Parliament for the six-hour lying in state were admirers. But the critical voices were also heard, particularly those of Palestinians who had borne the brunt of his military exploits.

Police closed off roads near the Knesset and warned of traffic jams in Jerusalem, but within 20 minutes of the ceremony's start, the flow of mourners had slowed to a steady trickle. Among them were old soldiers who had fought with or under Sharon. Some saluted the coffin.

Carmela Cohen said she would remember Sharon for "his personality, his goodness and his humour". Using the former prime minister's nickname, the 73-year-old added: "Arik gave all the years of his life to this country. He was a big figure who looked people in the eye."

Military burial
After the ceremony, Sharon's body was taken in an army convoy to his farm in the Negev desert, where he was buried next to his wife, Lily, in a military funeral. The grave is just a few kilometres from the Gaza border.

Debate over Sharon's record and legacy focused on the polar opposites of war hero or war criminal, and intensified following his death. But Israelis were in no doubt that the loss of the man known as "the Bulldozer" further weakened the remaining links to the generation that fought militarily and politically for the creation of their state.

Palestinians and critics on the Israeli left focused on Sharon's responsibility for the massacre of hundreds of Palestinians at the Sabra and Shatila refugee camps in Beirut in 1982, the huge expansion of Jewish settlements, his decision to build the separation barrier in the West Bank and his deliberately provocative walk on the Temple Mount, which triggered the second intifada in 2000.

On the Israeli right, there was persistent bitterness over Sharon's "disengagement" policy, under which he withdrew Israeli settlers and troops from Gaza. In a statement shortly after his death, Orit Struck, an ultra-right-wing member of the Knesset, gave thanks that Sharon was felled before he could extend the policy to the West Bank.

"Sharon was one of the great builders of the land of Israel but also one of its great destroyers," she said.

"While thanking and recognising Sharon's great contributions to the state of Israel, we must also thank God for the fact that Sharon was taken from our public lives before he was able to bring to residents of Judea and Samaria [the biblical term for the West Bank] the tragedy he brought to the residents of Gush Katif and around Gaza."

"There are no good memories of Sharon for the Palestinian people," said the politician Mustafa Barghouti.

Raja Shehada, a writer, described Sharon's "corrosive" legacy in the New Yorker magazine. "What others called his vision for peace … was based on the total surrender of the Palestinian side and its submission to the dictates of a militarily stronger Israel. Sharon … went further than most in his crimes against Palestinian civilians and further than others in his deception; he showed Israeli leaders they could retain the tactics of war while calling them efforts for peace." – © Guardian News & Media 2014