Fashion with a dusting of folklore 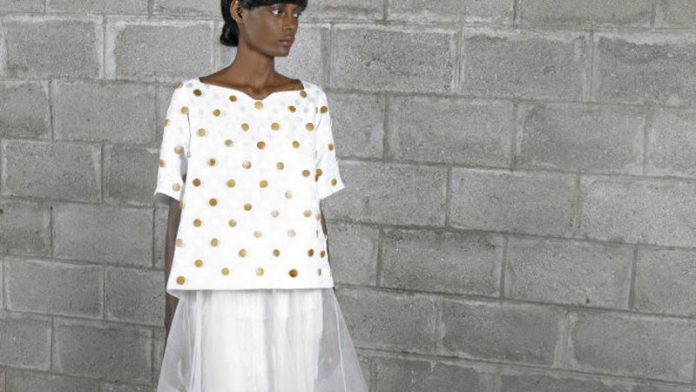 Maki Osakwe (26) thought she could be a dancer for Femi Kuti, a synchronised swimmer or a Formula One driver before she went to study fashion at the Arts University Bournemouth in the United Kingdom. Today, the Lagos-born and -based designer is at the head of eponymous label Maki Oh, and in 2012 won the Arise magazine fashion award for designer of the year.

She has plenty to feel thankful about. The fashion line, born only in 2010, is already stocked at the MNZ store in New York and Totokaelo in Los Angeles. It was also recently listed on the coveted Women's Wear Daily website and style.com, and her fashion devotees include style icons Solange Knowles and Leelee Sobieski, as well as new American rap phenomenon Azealia Banks.

The designer first encountered fashion when she and her mother co-designed all the clothes she wore as a child. She displays her sense of humour when she says that the most valuable advice she ever received was to drink a lot of water every day.

She also cites fashion counterpart Duro Olowu as her mentor and describes herself as a remix of Tomaso Albinoni's Adagio in G Minor and Kuti's Blackman Know Yourself, a motley combination that mirrors the nature of her designs.

Osakwe defines her brand as a mix of "couture techniques, cultural heritage and ethical practices".

Her range offers interesting contrasts, layering of fabrics and colours, but also stricter feminine cuts, sometimes softened by the Yoruba Adire motifs placed on the fabric.

The brand is not only rooted in African culture, telling through its clothes folk stories like griots of another time. It is also the bearer of a "better fashion", in which quality rhymes with fashion conscience.

"Our fabrics are naturally dyed and sometimes hand-woven; we often use couture-style, handmade methods of garment production. We employ local artisans and use traditional techniques," she says.

Each collection has a strong story-telling focus: her autumn-winter 2011-2012 range was an interpretation of Love is a Mystery by Ludovico Einaudi – "the emotional troughs, peaks and plateaus that are inevitable in the course of a romantic relationship".

Her latest range focuses on women in the workplace: their voyage between home and work, femininity and boyhood, and delicacy and sportiness.

But when asked her opinion on African fashion, Maki Oh replies without blinking: "It is the future."