Former mine owners to cough up 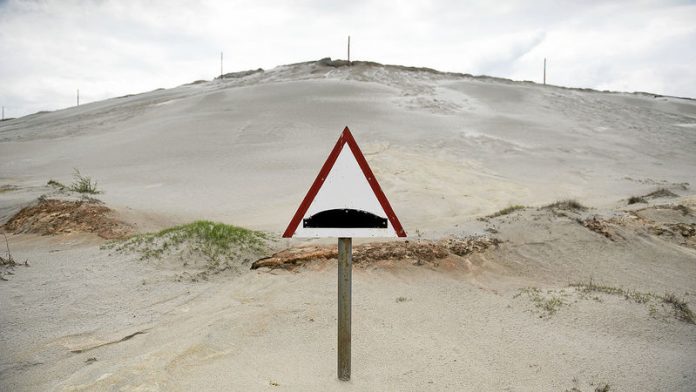 A new ruling that holds a mining company accountable indefinitely for rehabilitating land on which it previously mined, even if it has since sold the mining operations, could have serious implications for the sector.

Harmony, which lost a Supreme Court of Appeal bid last month, told the Mail & Guardian this week that it will be taking the matter on appeal to the Constitutional Court in a bid to avoid paying millions of rands for a mine it no longer has any dealings with.

"Costs associated with the pumping of acid mine water in the Klerksdorp, Orkney, Stilfontein and Hartbeespoort area [generally known as the Kosh area] in the North West Province is approximately R28-million a year," the mine said.

Harmony sold these mining operations to the now liquidated company Pamodzi Gold Orkney in 2008. The land, owned by ArmGold, was also sold to Pamodzi.

As part of the sale agreement, Pamodzi was liable for all costs incurred by Harmony to pump and treat the underground water.

However, Pamodzi ran into financial difficulties and initially only paid a third of the pumping and treatment costs, and later stopped paying altogether. Harmony began covering the costs. Pamodzi was subsequently liquidated.

Waiting anxiously
Harmony then asked the minister of water affairs to withdraw the directive issued against it in 2005. The department refused to do so in 2009, leading to Harmony's court application.

Mining experts and environmental groups had been waiting anxiously for the appeal court ruling, after high court Judge Tati Makgoka ruled in July last year that Harmony remains responsible for funding the pumping of acid mine drainage, despite having sold its mining operations. In December, the company's appeal against the high court decision was dismissed.

"While not criticising the court, it's a very broad reading, in my view, of the [National Water] Act. The courts had a choice and appear to have taken the wider route."

Catherine Horsfield of the Centre for Environmental Rights said the ruling should be an incentive for "the department of water affairs to step up enforcement action, namely issuing directives against polluters, particularly where disposal or liquidation is on the cards".

"The clarity [provided by the ruling] is important in circumstances where we frequently see mining companies selling their operations when they become less profitable and before their environmental damage has been rehabilitated," said Horsfield.

Harmony's argument rejected
The appeal court held that any mining company issued with a directive from the department of water affairs to take preventative steps against pollution while mining remains responsible for the rehabilitation of the land in question, even when it is sold to another company.

The court rejected Harmony's argument that, in terms of section 19(3) of the Act, a directive issued by the department only remains valid as long as the company to which it is issued owns, controls, occupies or uses the land in question.

The directive placed on Harmony will stand until other gold-mining houses involved in the area, namely Simmer & Jack Mines, Simmer and Jack Investments, Stilfontein Gold Mining Company (which is in liquidation) and AngloGold Ashanti, agree on the long-term management of water arising from the mining activities in the area.

In fact, Simmer and AngloGold took issue with Harmony's interpretation of section 19, and advised Harmony that it would not be entitled to stop its monthly contributions.

The appeal court in its judgment dismissed Harmony's argument that the directive is invalid, finding that "there was no evidence placed before the court that pumping and treatment of the underground water would continue in perpetuity".

Harmony said in reaction to the judgment: "Harmony believes that it presented a very compelling argument in support of its position, especially as the law provides that the relationship with the land is a prerequisite for a directive to be issued.

Entitled to sue the new owner
"Harmony had severed its relationship with the land, and therefore a directive should no longer operate against Harmony and a new one should be served against the new owner or user."

Legal experts say that liability agreements in sale deals between mining companies remain applicable, but as far as the state is concerned the initial owner against which the directive was issued is responsible. That company is then entitled to sue the new owner for the money.

The court said that, should it support the argument put forward by Harmony, a company would be able to "evade [its] obligations in terms of the directive by simply severing its ties with the land … it could, by way of example, simply transfer the land to a bankrupt subsidiary".

A lawyer who asked not to be named said the ruling meant that a company that had previously mined an area could find itself paying for the poor mining practices of the new owner — and there was little it could do about it.

The Witwatersrand gold-mining region, which comprises the Kosh area and the Far East, Central Rand, Western and Far West basins, as well as the Free State gold mines, are at serious risk from acid mine drainage and pressure has been put on the government to take action before it results in the degradation of ground water and soil.

Years of mining in the area has resulted in all the Kosh mines being linked underground, which has required continual draining of the deeper shafts in this area.