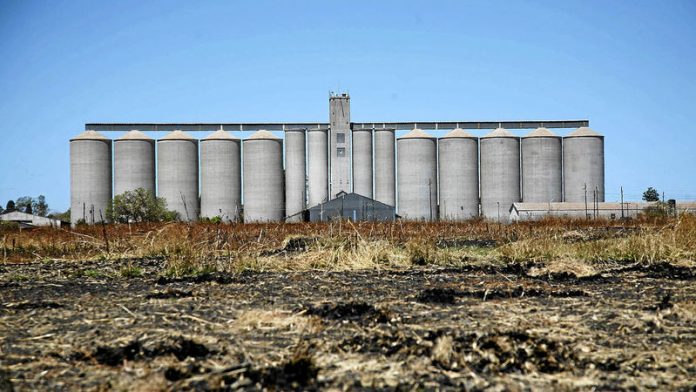 The government has pledged to reform state enterprises that have bled the economy for years, but critics doubt President Robert Mugabe's sincerity about dismantling a key pillar of his broad patronage network.

Over recent months, as service delivery worsened, revelations of huge perks earned by the politically connected heads of state enterprises have embarrassed the government and have drawn criticism even from within Zanu-PF.

It has prodded Mugabe into instructing Cabinet secretary Misheck Sibanda to demand a schedule of the salaries and benefits that senior executives at government enterprises have been awarding themselves.

The government has sacked the management and boards of two major state-owned mining firms, the Zimbabwe Mining Development Corporation and the Minerals Marketing Corporation of Zimbabwe. Both are involved in the diamond industry.

At the end of last year, the government fired the managers and board members of the Zimbabwe Broadcasting Corporation (ZBC) after workers went for months without pay while senior staff, headed by well-connected war veteran Happison Muchechetete, enjoyed huge perks.

Zimbabwe's 80 state enterprises owe each other more than $1-billion, and much of the country's $6.1?billion public debt is attributed to losses by badly managed parastatals.

Doubt over reforms
Although there is pressure even from within his party to clean up state enterprises, many doubt Mugabe will initiate sweeping reforms.

"It would mean a drastic change of culture that, frankly, a lot of people in government are not ready for," said a senior government official.

The official pointed out that a large part of parastatals' losses were as a result of freeloading by top government officials and departments.

The state-owned fixed-line operator is owed $300-million by its customers, most of which are state ­departments and senior officials.

Zimbabwe's state enterprises are in decay. The aged fleet of the National Railway of Zimbabwe (NRZ) now moves only one million tonnes of cargo a year, down from 19-million in 1998. Only 65 of its 168 locomotives work, and fewer than half of its 8 000 ­wagons are in service.

At its peak, the NRZ employed 25 000 workers, but it now plans to lay off 6 000, 86% of its workforce. The company has failed to pay its workers since March last year and says it needs $2-billion to revive operations. State broadcaster ZBC has become an object of derision, deserted by both viewers and advertisers.

Farmers owed millions
This week, Agriculture Minister Joseph Made said the state-owned grain buyer, the Grain Marketing Board, owes farmers more than $6-million. The company was run for many years by retired army colonel Samuel Muvuti, until he was charged with more than 500 cases of fraud.

Mugabe has defended his policy of using state enterprises as a way of rewarding loyalists, mostly from the military. At the burial last year of Mike Karakadzai, an ex-army officer accused by many of having run the NRZ into the ground, Mugabe said he would continue to do so despite the criticism.

"One gets surprised when our detractors question the wisdom of deploying ex-military officers in state institutions and they describe such deployments as the militarisation of the institutions concerned," Mugabe said. "Nothing could be further from the truth. These men and women are role models of valour, patriotism, honesty, industriousness and discipline, all qualities that are beyond reproach."

Heads of parastatals often have to display their political loyalty and gratitude in public. At the Zanu-PF conference in Chinhoyi last month, state enterprises lined up at an exhibition, each of them paying $3 000 for a stall to raise money for the ruling party.

Each year on Mugabe's birthday, the companies habitually compete in taking out the most fawning full-page press adverts in praise of the president.

In a newly released paper on the role of the military in Zimbabwean politics, Oxford researcher Blessing-Miles Tendi said that by appointing military figures to state enterprises Mugabe had promoted an "elite ­clientilism" that maintained loyalty to his rule.

"This entitlement emanates from what military elites view as their sacrifice during the liberation war."

The system maintains military elites' loyalty to Mugabe and gives them "a potent incentive to protect Zanu-PF from defeat in elections, which would deny them the entitlement to state positions that afford considerable personal privileges and advantages", Tendi said.

In exchange for the military's support, he wrote, Mugabe has "increasingly opened the state's door to military elites, giving them their ‘turn to eat' and showing a resolute determination to defend their new entitlements from an opposition party takeover".

But over the years, the patronage system has weighed down state enterprises, draining the economy and embarrassing Zanu-PF.

This year, the taxpayer will assume $1.6-billion of central bank debt, most of which has been doled out as largesse ­– including vehicles and farm implements – to parastatals.

"We must have new people, new boards, because that clearly is where corruption starts," Mliswa said.

Mugabe is aware he needs to make at least some changes. In Parliament late last year, he said the heads of state companies will now be judged on performance. But critics want more far-reaching reforms.

"It is the MDC's [the Movement for Democratic Change's] position that a parliamentary inquiry should be established forthwith to investigate all state enterprises to stop the rot and ascertain how best they can be turned around and put less burden on the already suffering taxpayer," said MDC spokesperson Douglas Mwonzora.