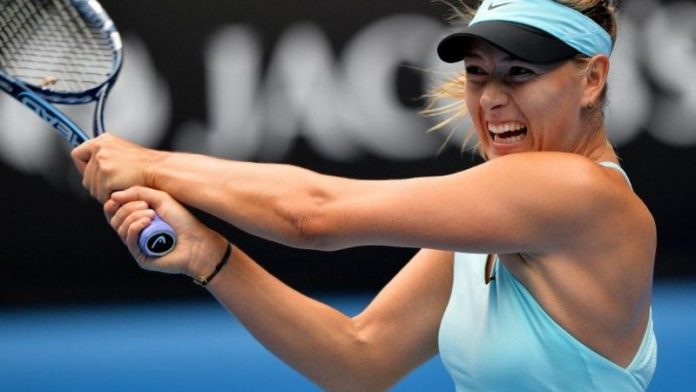 Maria Sharapova fell out of the Australian Open in another seismic shock on Monday as Rafael Nadal, Roger Federer and Victoria Azarenka saw off challenges to keep their title bids intact.

The main expected beneficiary, two-time defending champion Azarenka, is in position to take full advantage after she flattened old foe Sloane Stephens 6-3, 6-2 to reach the quarterfinals.

The Belarusian world No 2 will face Polish fifth seed Agnieszka Radwanska in the quarterfinals, with Cibulkova heading into a clash with Romania's Simona Halep.

The 13-time Grand Slam-winner chided the umpire after he was called for a time violation, for taking longer than the allowed 20 seconds between points, at a critical moment in the third set.

"The negative thing in my opinion is not the warning, but the timing of it.

You can choose another moment to do it, not that one," Nadal said.

"He's a fun player to watch but not fun to play against," said Murray, as Robert milked applause from the crowd.

"He made it very tricky for me, he plays all the shots very unorthodox."

Federer, meanwhile, was a convincing winner against Jo-Wilfried Tsonga, racing through 6-3, 7-5, 6-4 to set up a quarterfinal against Murray.

But overall it was a dismal day for the statuesque Russian, cutting short what has been a difficult return to Grand Slam tennis after months out with a right shoulder injury.

Sharapova blamed her tough workouts against Karin Knapp and Alize Cornet after a left hip injury flared against Cibulkova, who was motivated enough to take advantage.

Sharapova was too strong for Cibulkova in the first set but errors crept in in the second and after the Slovak levelled at a set each, she left the court for a medical timeout.

And Sharapova, rated as the world's highest paid female athlete, succumbed tamely in the third set as she conceded three breaks to keep her search for a fifth major title on hold.

"I think it's a success [the tournament] in terms of that I'm back and that I'm healthy. That's quite important. Otherwise I wouldn't give myself a chance to play," she said.

Cibulkova
Cibulkova had never been beyond the fourth round in six previous attempts in Melbourne, although she has made the last eight at the other three Grand Slams.

"I knew what I needed to do. The most important thing is to believe in yourself. " Azarenka later coasted past Stephens, erasing memories of last year's semifinal when she was accused of gamesmanship and slow-handclapped after taking a medical timeout at a crucial moment.

Romania's Halep beat former women's No 1 Jelena Jankovic 6-4, 2-6, 6-0, in a result which added to the unfamiliar look of the women's quarterfinals.

Halep and Canada's Eugenie Bouchard are both in the last eight of a Slam for the first time, while neither Williams' conquerer Ana Ivanovic nor Flavia Pennetta are regulars.

In the final evening match, Poland's Radwanska saw off unseeded Spaniard Garbine Muguruza 6-1, 6-3 to reach the quarterfinals for the fourth year in a row. – Sapa-AFP