Elton John to Putin: I will show you those abused by laws 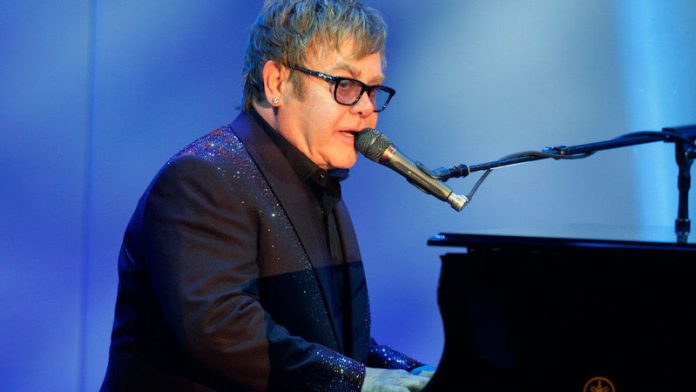 Elton John, the man Vladimir Putin last weekend called an "extraordinary person … regardless of his orientation", on Thursday offered to introduce to the Russian president gay people who are being verbally and physically threatened as a direct result of what he called "vicious" legislation banning "homosexual propaganda".

In a statement on his website, the singer said he had met people in Moscow within the past month who had received terrible threats from vigilante groups. "One young man was stalked outside a gay club by someone posing as a taxi driver who tried to garotte him with a guitar string because he was a 'sodomite'," John said.

"The people I met in Moscow – gay men and lesbians in their 20s, 30s and 40s – told me stories about receiving threats from vigilante groups who would 'cure' them of homosexuality by dousing them with urine or beating them up."

John was moved to intervene after Putin seemed to invoke the singer's name over the weekend, to show that there was no gay discrimination in Russia.

In an interview on BBC1's Andrew Marr Show, Putin said: "It seems to me that the law we adopted doesn't harm anybody. What's more, homosexual people can't feel inferior here, because there is no professional, career or social discrimination against them.

"When they achieve great success, for example Elton John – he's an extraordinary person, a distinguished musician, and millions of our people sincerely love him, regardless of his sexual orientation."

Under scrutiny
Russia's legislation, introduced in June last year, is under intense scrutiny ahead of the Winter Olympics being held next month in the Black Sea resort of Sochi.

There have been calls for a boycott of the Games, with Stephen Fry comparing going to Sochi as the modern equivalent of taking part in the 1936 Berlin Olympics. In an open letter last summer he wrote: "At all costs Putin cannot be seen to have the approval of the civilised world. He is making scapegoats of gay people, just as Hitler did Jews. He cannot be allowed to get away with it."

John thanked Russians who had welcomed and accepted him since he first visited in 1979 and said the new legislation had not lessened the warmth he received from audiences.

But on his last visit in December he also met members of the LGBT community. "What I heard reinforced all the media stories that have been circling since the propaganda Bill became federal law: that vicious homophobia has been legitimised by this legislation and given extremists the cover to abuse people's basic human rights," he said.

He said everyone shared stories of physical and verbal abuse, "at work, in bars and restaurants or in the street". And he warned that important work providing HIV prevention information was being shut down because it was being labelled "homosexual propaganda".

John said he would welcome introducing Putin to Russians who deserved to be heard. "The people I met in Moscow were decent, kind, patriotic men and women who had no thought of forcing their sexuality on anyone. Whatever the intention of Russia's homosexuality and paedophilia propaganda laws, I am absolutely clear from my own personal experience that it is proving deeply dangerous to the LGBT community and deeply divisive to Russian society," he said.

Boycott
Whether to boycott Sochi or attend the Games has led to considerable soul searching. In the UK Stonewall is not advocating a boycott because it says LGBT Russians believe engagement is better. In a similar vein, Clare Balding will be commentating on the Games for the BBC because, as a high-profile lesbian figure, she believes "it's hugely important that I go".

Barack Obama is not going, but has ensured the American delegation includes two gay athletes, Billie Jean King and ice hockey player Caitlin Cahow. David Cameron, François Hollande and the German president, Joachim Gauck, are also not going, but have not said why.

There has been widespread condemnations of the legislation outside Russia. Prison Break actor Wentworth Miller publicly came out as a gay man last August, writing a public letter revealing he had turned down an invitation to the St Petersburg film festival.

He wrote: "I am deeply troubled by the current attitude toward and treatment of gay men and women by the Russian government. The situation is in no way acceptable, and I cannot in good conscience participate in a celebratory occasion hosted by a country where people like myself are being systematically denied their basic right to live and love openly."

But many are dismayed by the paucity of Russian voices condemning the legislation. Last November the Russian conductor Valery Gergiev, principal conductor of the London Symphony Orchestra, was picketed for his closeness to Putin and for failing to denounce the laws.

One of the few voices to speak out has been the mezzo soprano Maria Maksakova, also a Russian MP, who last month told members of her party: "We are seeing extremely negative consequences as the result of this law with the growth of hate crimes." – guardian.co.uk © Guardian News and Media 2014