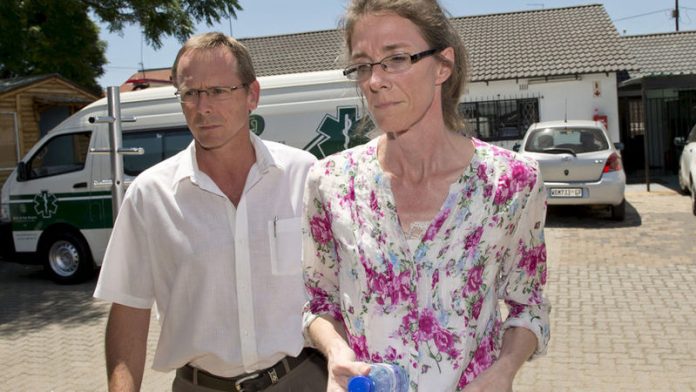 Negotiations between the Gift of the Givers Foundation and Al-Qaeda militants keeping a South African man hostage in Yemen were severely strained, the foundation said on Sunday.

Pierre Korkie's kidnappers refused to believe that the South African government was not willing to pay the requested R32.5-million in exchange for his safe return, head of the disaster relief organisation Imtiaz Sooliman said in a statement.

"They insist that Anas al-Hamati, our office manager in Yemen, has stolen the ransom money that the SA government brought to give them," said Sooliman.

Al-Hamati has been facilitating the negotiations.

Sooliman said the militants had sent a picture of a bomb belt to them, emphasising that al-Hamati was now their target for "stealing" their money.

The South African government has been in talks with the Yemeni government regarding Korkie's release and have maintained that the government does not pay any ransoms.

Deputy Minister of International Relations Ebrahim Ebrahim travelled to Yemen last week, where he made an emotional plea on television for Korkie's release.

"Pierre Korkie is gravely ill and desperately needs medical attention. His life is in danger. Islam enjoins us to show mercy and forbids us from harming the sick, even in war. I beg those who are holding him to release him without delay," Ebrahim said at the time.

"South Africa is a developing country and the Korkies are not a rich family. I appeal to you to co-operate with all initiatives so that Pierre Korkie can come home for the treatment he needs to save his life and be reunited with his family."

On Sunday, Sooliman said the Al-Qaeda refused to believe that Ebrahim came to Yemen empty-handed.

"They said we [were] lying. They said no government sends a high level minister to a country where their citizen is taken hostage, makes a big announcement in the media that they negotiating and then don't bring any ransom money," said Sooliman.

"They say all governments say in the media they don't pay but do so under the table."

"They recommend him leaving Sana'a to go to one of the safer provinces or leave the country for a period of time. Arrangements are already in place to pull Anas and his family out of Yemen," said Sooliman.

Korkie and his wife Yolande were kidnapped by Al-Qaeda militants in Taiz, Yemen, in May.

It was believed the Al-Qaeda kidnapped the Korkies thinking they were US citizens.

At the time of the kidnapping, he was a teacher in Yemen, while his wife did relief work in hospitals. She was released and returned to South Africa on January 13.

The militants threatened to execute Korkie on January 17 if they were not given the ransom. After an initial silence, the kidnappers made contact, indicating that Korkie was still alive on January 18. They gave a three-week extension to raise the ransom.

It was understood that there were several other foreign hostages being held in Yemen in areas beyond the government's control.

"His head was found in Marweh province. In spite of this new challenge we still have two weeks to find alternatives," he said. –Sapa