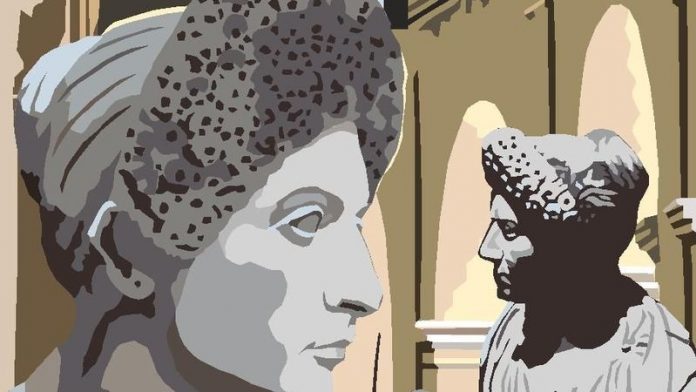 Every journalist knows how hellish is the task of churning out – inspired or not– a regular column. How much worse to be the writer of a detective fiction series: compelled at regular intervals to invent new and intricate plots and add fresh dimensions to a protagonist you may know better than yourself. Many fictional detectives leave the scene before their authors: suddenly shot or stabbed, overtaken by a fatal condition, retired from the force, dropping into deep water like Sherlock Holmes or crashing ambiguously over a cliff like Easy Rawlings.

Both Sara Paretsky's VI ("Vic") Warshawski and Lindsey Davis's Marcus Didius Falco have had a long run for their money: Critical Mass is Paretsky's 16th Warshawski tale, while Davis's previous novel, Nemesis, was the 20th outing for Falco. The two writers have chosen different routes out of the long-run dilemma, however

Events in earlier books suggest VI Warshawski should be pushing 60 by now (she admits to 50+). But no Miss Marple she: Vic stays fit, enjoys time out with a long-suffering musician lover and still regularly storms into situations that get her bones broken. She's adjusted – though not happily – to the age of online research and homeland "security". Around book 14, Body Work, she started wondering whether she was getting too old for street-fighting. Since then, Paretsky has used the device of ageing to enrich the experiences, perspectives and reflections of her protagonist.

Vic now has a few more corporate clients to cushion the stress of the bone-breakers, but Critical Mass poses a new kind of problem. What starts as the search for a wayward addict, and then for the addict's geeky son, turns into an investigation into the ownership of militarily sensitive intellectual property, with its roots in prewar and Nazi-era Vienna.

Paretsky's vivid evocations of Chicago and other American locations have always been a strength; here, she applies the same skills to conjuring up the claustrophobic environments of Viennese haute bourgeois life, the ghetto, and the camps. The plot, with its alternation between police-state Vienna and the present-day United States, presents its own implicit parallels and contrasts for the reader to mull over.

In Critical Mass we meet two strong, mature women daring to enter patriarchal worlds: a detective, and an inspired scientist. Despite broadening the customary geographical and historical scope of her stories and juggling two separate time lines and at least two subplots, Paretsky manages to keep us caring about them both to the end. By freshening the context, she has given Vic new life.

If Vic Warshawski is the veteran, Flavia Alba is the novice. Falco had to retire. Not only did the events of Nemesis deal him discouraging blows, but the rise to power of the dictatorial and obsessive emperor Domitian also made public life dangerous for an informer closely associated with the previous regime. The Ides of April picks up the family history a few years later, after Falco's adopted daughter Flavia has married, been widowed, and taken up her father's old occupation.

If Falco – a son of the slums hobnobbing with the elite – was a wonderful way for Davis to explore the nuances of class in ancient Rome, Flavia lets her do the same for gender. The young informer's investigation centres on the inexplicable deaths of apparently healthy people; there's an aedile she needs to see but can never meet, an attractive archivist who catches her eye, and Davis's usual collection of walk-on comic grotesques. But to appear respectable during the search, every outing for Flavia involves negotiating the treacherous subtleties of the drape of a stole or the cut of a sandal.

The daughter has learned a lot from her retired father, but her character is more dour and reserved, and her context darker. Behind the wit is a constant, beautifully conveyed sense of peril from Domitian's Praetorians, guardians of a moralistic police state but free to act with impunity against anyone, especially a lone woman. The book has all Davis's customary neat plotting and historical colour, but as well as a fresh protagonist, Davis opens the window to a different perspective on ancient Rome.

Subsequent writers have resurrected Holmes from the Reichenbach Falls. Some of us hope that Rawlings is simply lying in a coma in some county hospital, and will wake up one day. But Vic fights on and Flavia has very creditably picked up Falco's stylus.