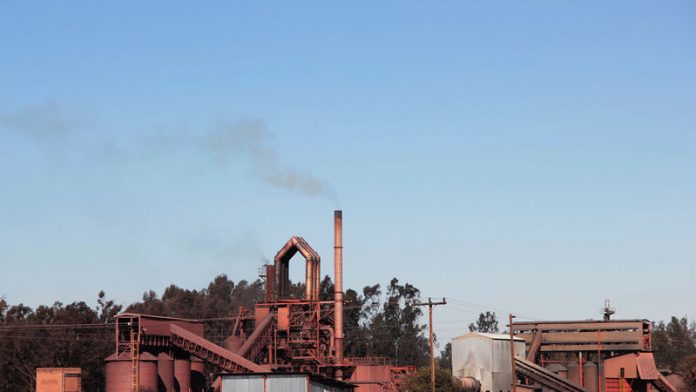 Mxolisi Mgojo, Exxaro’s executive head of operations, is positive about the goals and scope of the national infrastructure development plan. However, he says that “many a good plan is lying in a drawer, unused”.

“The key to its success lies in addressing challenges such as the skills shortage, and ensuring that the regulatory environment is conducive to foreign direct investment (FDI). No country can carry out a plan on this scale without FDI,” he notes.

Mgojo sees the goals of the plan as ambitious, yet potentially achievable. Considering the success of projects already implemented in the Waterberg region in line with the plan, he believes that if the entire national plan is implemented in a similar fashion, it could kick-start a cycle of strong growth and development in South Africa.

“A number of infrastructure projects have already been launched in the Waterberg, which could see coal output increased from five tonnes to 30 tonnes in the next five years.

“The stakeholders who are developing the Waterberg corridor have made significant progress through effective collaboration. If this is indicative of the kind of cooperation that is possible among all stakeholders, and it can be emulated elsewhere, it is a very encouraging sign,” he says. “The important thing is that projects have to benefit everybody.”

He believes that the national infrastructure development plan could see the power, steel and cement sectors strengthened not only through planned development, but also due to demand created by the actual implementation of the plan across all 18 Strategic Integration Projects (SIPs).

“The plan could stimulate opportunities for growth, creating jobs in the process, which in turn results in more people spending money and further stimulus to the economy.

Mzila Mathenjane, executive head of strategy and corporate affairs at Exxaro, agrees that the pace of implementation is crucial.

“The plan has identified the right actions. But what needs to be addressed is how quickly they can be executed. The faster we can implement, the better our chances of benefiting.

“In the past, the mining industry missed the opportunity to benefit from the global economic boom due to a lack of infrastructure and resources. Care has to be taken in the prioritisation and sequence of implementation, the speed of execution, and to address the challenge of skills availability.”

Mathenjane points out that the sector already faces a growing shortfall of high-end skills.

“To build the necessary skills pool we need time for qualifying the necessary manpower, plus they need work experience in order for them to achieve the level of skills required to manage major infrastructure development plans.”

How long is needed to develop the necessary skills depends on the nature of the work, but from the point of graduation to the point where manpower is competent and experienced could take anywhere from two to 10 years, he says.

Mgojo says the skills challenge is exacerbated by the skills brain drain of a few years ago.

“We need to look at ways to incentivise them to come back. We may also have to look to importing skills, but depending on the global economic climate at the time, we may find ourselves competing with other markets for the same skills,” he says.

“To address the skills shortfall, we need to get more people becoming qualified, with focused development programmes to meet future needs, and we need to make them productive as soon as possible.

“The government needs to acknowledge its role, responsibility and accountability in this regard. After all, the government creates the playing field — if it’s not right, it becomes impossible for industry to play. This plan is a serious intervention for the future of the country. Any country that is world class has to have an educated workforce, a quality backbone infrastructure and an environment conducive for the spending that will be needed by investors.”

Mathenjane concludes: “The national infrastructure development plan presents us with an opportunity to distinguish ourselves from other emerging markets, and to demonstrate that there are still investment opportunities in South Africa.

“The PICC and the various SIPs present a great deal of opportunity. However, we need to demonstrate a sense of urgency and stability in implementing the plan. If we do well, we could become one of the few emerging markets that actually attracts capital.

“We don’t need to act on all of the SIPS simultaneously and immediately, but we do need to align the implementation plans with global market trends; so prioritisation will be important. As Exxarro, we are not just sitting back and waiting for government to act on the plan. We are proactively aligning our own growth strategies with the national development plan.”

Corporate amends: What is enough?