Zim needs to know its yen from its yuan 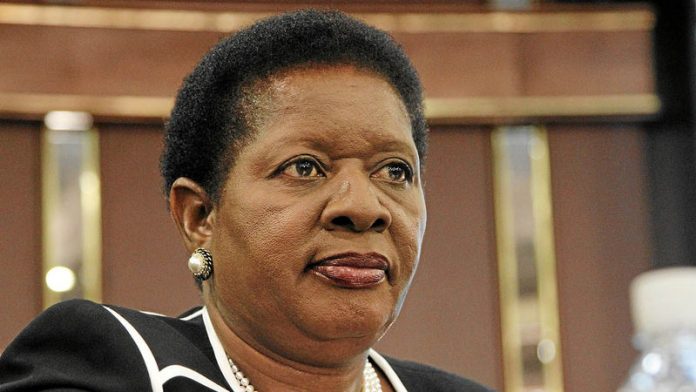 Zimbabwe this week became the only country in the world to use as many as nine currencies simultaneously as legal tender, but some economists warn this move will not relieve ongoing cash shortages.

The Reserve Bank of Zimbabwe acting governor, Charity Dhliwayo, on Wednesday announced that in addition to the United States dollar, the South African rand, the British pound, the euro and the Botswanan pula that have been in use since 2009, the public will now have to acquaint themselves with extra currencies.

The new additions that will now be accepted for trading are the Japanese yen, the Chinese yuan, the Indian rupee and the Australian dollar.

Dhliwayo also moved to restore confidence in the central bank, which has been at an all-time low. She said the bank will be recapitalised by at least $200-million to allow it to play its role as a lender of last resort to troubled financial institutions.

Although Dhliwayo's assurances for the banking sector on the stability of the central bank are likely to be welcomed, for Zimbabwe's transacting public the use of nine currencies presents more headaches and overtly points to the growing volatility of the country's economy.

Zimbabwe abandoned its own currency, the Zimbabwe dollar, in 2009, owing to galloping inflation that wiped out its value. Dhliwayo affirmed Finance Minister Patrick Chinamasa's assertion, during his 2014 budget presentation, that there would be no return to the Zimbabwe dollar, as is often discussed in business and political circles.

Challenges
The fear was that, being under fiscal pressure, the Zanu-PF-led government could reintroduce the discarded local currency to allow it to print cash to satisfy its needs.

Exchange rates, security features and conversions of the new international currencies are just a few of the challenges Zimbabweans will now have to grapple with.

For an economy that is largely informal, and an unemployment rate that some economists have put at 80%, there is likely to be little appetite to use all these currencies.

The few retailers and service providers that have currency converters will also have to find ways to adjust to accommodate the "newcomers".

An official at the Retailers Association of Zimbabwe said members will meet next month to discuss the implications of the new currencies.

The government has defended its uptake of the new currencies on the grounds that trade with the corresponding countries is on the increase.

"It is against this background of growth in trade and investment ties that, in the 2014 national budget, Minister Patrick Chinamasa underscored the importance of including other currencies in the basket of already circulating currencies."

Trade with India last year reached $171-million. Zimbabwe's diaspora community also pumps as much as $1.6-billion into the economy every year.

Economic commentators this week said that increasing the pool of currencies in circulation would result in neither an increase in the manufacturing capacity nor the easing of the biting liquidity crunch that has gripped the country.

"Shops will be reluctant to take currencies such as the yen and we will likely see a trend where they will stick to the US dollar, which has been strengthening against emerging-market currencies. Many people are unlikely to have either the time or the interest to crack the exchange rates," Robertson said.

Vince Musewe, an independent economist, said: "It won't change much. The idea is to increase liquidity, but the main worry is that it could be a door for the Chinese to flood the country with their imports as they now will be able to use the yuan. It might counter all attempts by authorities to reduce the import bill, which is very high at the moment."

As it is, various parts of the country have different preferences with regard to the currencies already in use.

Given its proximity to South Africa and Botswana, Bulawayo and its hinterland favour the use of the rand and the pula. The capital, Harare, mainly trades in the US dollar.

The volatility of the rand in recent weeks, which traded at its lowest five-year level of R11.37 to the US dollar this week, has resulted in an increase in demand for the greenback.

Selling off South African rands
"Holders of South African rands are selling them off in anticipation that it will continue on its downward trend in the coming weeks. In some places, people have stopped accepting it altogether as tender," said an executive at MBCA Bank.

Meanwhile, the Reserve Bank of Zimbabwe also pushed back by six years its June deadline for banks to raise the minimum capital requirement of $100-million from the current level of $25-million, giving the troubled banking sector a temporary reprieve.

In 2012, the central bank gave commercial banks until June this year to increase capital, but Dhliwayo in the monetary policy statement said the deadline had been extended to June 2020.

"The Reserve Bank urges banking institutions to continue their efforts to strengthen their capital positions in order to maintain relevance in the economy," Dhliwayo said.

The case for investment in Zimbabwe’s economic rebirth

Israel/Palestine: It’s a myth that there are two equal sides...