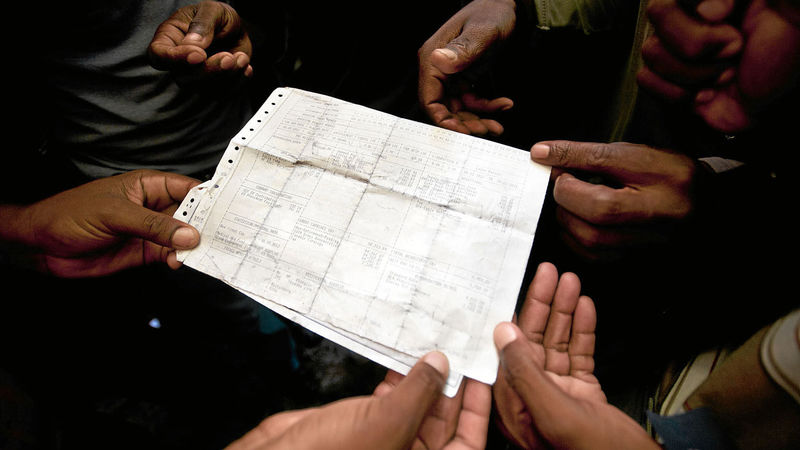 Calls persist for centralised bargaining in the platinum industry in the hope of preventing further labour unrest in the industry, but wage settlements among different companies in the sector have been similar in recent years, and may be adding to the problem rather than solving it.

Although platinum miners do not negotiate on a centralised basis as do gold and coal miners, wage ­settlements with the largest producers, Anglo American Platinum, Impala Platinum and Lonmin, have shown no wide variations in recent years, with all three agreeing to increases that were close to one another, if not exactly the same.

The basic wage has also been comparable. For example, in 2012, the Mail & Guardian reported that the basic wage of rock drill operators was R5 890 a month at Lonmin, R6 061 at Anglo Platinum and R6 540 at Impala.

"[Since] Marikana, there have been attempts to set up central bargaining, but the platinum companies have resolved among themselves to work together," said Johan Theron, the group executive of personnel at Impala Platinum.

Although there is no formal agreement to do so as yet, Theron said it was more of a "gentlemen's agreement", but this did not prevent companies from making different arrangements based on their individual needs.

In past interviews, Theron said that unions often played companies off against each other, urging them to match the offers made by their competitors.

The dominant union, the Association of Mineworkers and Construction Union (Amcu), since taking the majority of members from the National Union of Mineworkers in 2013, has called for even more rigidity in the form of a ­bargaining council, despite failed attempts from the Chamber of Mines and the labour department to establish a centralised bargaining platform with the union.

Jimmy Gama, Amcu's treasurer, said the union was prepared to discuss a bargaining council that would regulate a sectorial minimum wage for mineworkers and force employers to comply.

He said the current system of central level bargaining used in the coal and gold sector, which was not legislated, still promoted each mine's independence.

Elize Strydom, the chief negotiator at the Chamber of Mines, said a bargaining council was something the chamber would like to establish.

But who bargaining councils benefit is hotly debated. In the textile industry, it is argued that the council keeps minimum wages high, stymieing employment growth and eroding the profits of smaller competitors.

Bargaining at a company level, it is argued, ideally creates a great deal more flexibility, and companies sitting on higher-yielding ore bodies can agree to higher wage increases.

Strydom said, however, there was flexibility in the existing voluntary system used in the gold and coal sectors.

"If you look at last year's agreement, the seven coal-mining companies involved all had different provisions in the agreement."

Theron said there were aspects of centralised bargaining that made sense, such as minimum pay levels and conditions of employment, and single-company negotiations could run parallel to that.

The Paterson scale, a system of job evaluation used predominantly in South Africa, is not widely used elsewhere in the world, and has been "a cause of trouble ever since it was introduced", according to ­sociology professor Dunbar Moodie.

The maximum average wage system, which limited wages for black workers, disappeared in the 1970s, and was replaced by the Paterson scale.

"The maximum average system never applied to rock drillers, who thus became the best-paid black workers on the mines between 1910 and the 1970s. Since theirs was the most dangerous and laborious work, no one complained about it," Moodie said.

"But Paterson looked narrowly at ‘decision-making' and rock drillers' pay scales were reduced on the spot. Trouble very reminiscent of Marikana happened at once at Western Deep Levels in 1973, and rock driller resentment has simmered ever since."