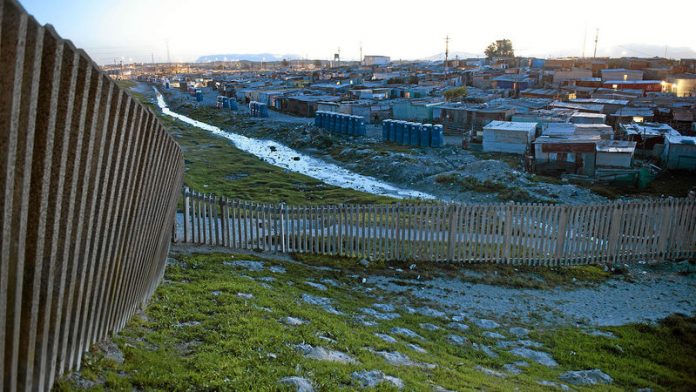 A policeman wished Khayelitsha residents good luck when hearing their ideas to fight battles between youth gangs, a man told the Khayelitsha commission of inquiry in Cape Town on Friday.

"He wished us good luck in our endeavours because the ideas we had had not worked previously," local resident and Social Justice Coalition (SJC) member Sifiso Zitwana told the commission.

The policeman had arrived on the scene following a siege at Zitwana's house in Greenpoint, Khayelitsha, by a youth gang called the Vatos.

Zitwana (23) had told earlier how he had had to raise his two younger brothers, Sibusiso and Thabane, and nephew Nthando by himself. They had joined the Vuras gang to gain protection from the Vatos.

Rival gang
He said he was out one evening when he got a call from Sibusiso saying a rival gang had arrived at their house. The younger brother was hiding nearby and Nthando and Thabane were hiding under the bed in the house.

He rushed to the house and by that stage the gang outside had assaulted someone returning from work. The police were not yet on the scene and residents had gathered in a group.

"When the police van came through, the residents were angry because they were taking their time and these gangsters wanted to kill our children," he said.

The officers apparently got out of the van, looked at where the attack had taken place and then got back into the van to chase the gang.

"The police didn't ask me questions or take a statement," Zitwana said.

Community meeting
The men of the area held a meeting afterwards to discuss the problem of child gangsters. Police officers were invited to the meeting to listen to the community's suggestions.

Women were excluded because they were deemed to be too emotional and not able to handle such serious matters.

A group of residents believed it was a good idea to arm themselves with weapons.

Zitwana said he and a friend informed the group that they could not take the law into their own hands but that there was such a thing as self-defence.

"The conclusion [of the meeting] was that if someone has a child and gangsters come to attack, they will die protecting their children."

He said the police did not offer their own suggestions but were there only to listen to their plans before leaving.

Good luck
The policeman who later returned to hear their ideas for fighting crime then wished them good luck.

Zitwana's idea had been to call both gangs together and mediate discussions. The policeman apparently said they had tried a similar approach by organising a soccer match for the gangs, but that they had fought again afterwards.

Zitwana said Sibusiso had gone to a local radio station to convince other youths to leave their gangs, but it had not worked.

"I don't see the police making any attempts in fighting this," he said, adding it was not enough to try only one idea and then give up.

"Police are aware of levels of crime but it doesn't look like they have a strategy for fighting or alleviating crime in those areas."

Police limits
In cross-examination by Thabani Masuku for the police, Zitwana was asked whether he agreed that it was not only police but other departments too who were responsible for the issues he had raised.

One of these issues was the lack of safety at schools and the need for alert security guards at entrances.

Zitwana conceded that many departments were responsible. "But when they leave schools, that is the responsibility of police to protect the schoolchildren."

The commission was set up by Western Cape premier Helen Zille to probe accusations by civil society formations that police inaction was leading to an increase in "mob justice" killings in the area.

The SJC alleged police inefficiency was leading to criminals running rampant in the sprawling township, and residents being forced to take the law into their own hands.

The commission's activities were delayed for some time when Police Minister Nathi Mthethwa tried to have the inquiry scrapped.

Mthethwa lost his legal bid to stop the commission in the Constitutional Court in October last year. – Sapa