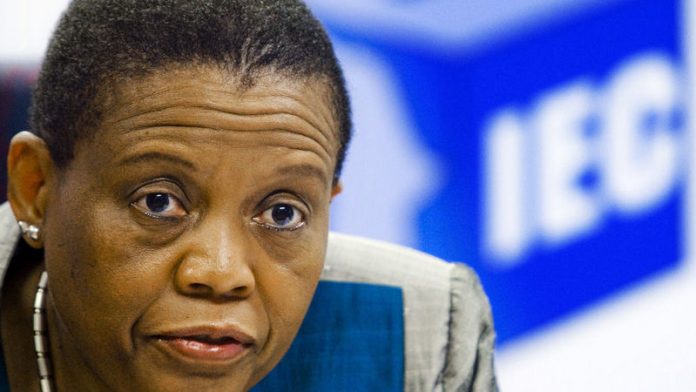 "We are worried about protest-hit areas and the safety of our staff," chairperson Pansy Tlakula told reporters in Pretoria. "We are hoping dialogue will take place and we will try to resolve the issues."

The final voter registration at the weekend was hampered in certain areas, with some stations petrol bombed in Bekkersdal, west of Johannesburg. Tlakula said the IEC was in contact with political parties and police to prevent violence on voting day, May 7.

But Tlakula said millions of young people registered to vote in the upcoming elections.

"We are thrilled with the way South Africans, and young South Africans in particular, have come out in their millions to take the opportunity to register," she said. "The results show that we can lay to rest any suggestion that South Africans are apathetic or blasé about democracy."

Registered and voting
A total of 1 259 560 people registered for the first time over the weekend, taking the number to well over 25-million voters. Tlakula said that was equal to 80.5% of the eligible voting population.

A total of 1.1-million people registered for the first time during the first registration weekend in November. With the 1.2-million who registered this weekend, a total of 2.3-million voters would be added to the roll.

Almost three million people visited 22 263 voting stations over the weekend. "That is 16% higher than the 2.5-million who visited voting stations in November," said Tlakula.

Last Thursday, the IEC said it hoped to improve on the figure of just over 24.1-million South Africans who had registered to vote. This was 76.7% of the estimated voting age population, which, according to Statistics South Africa, is 31.4-million. – Sapa