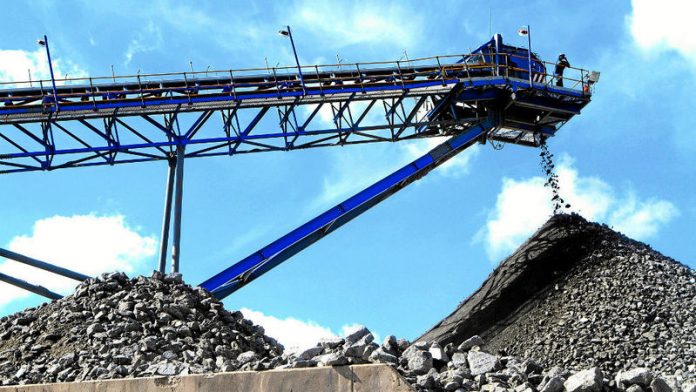 Government has decreed platinum mines must stop exporting raw platinum and instead build a refinery in Zimbabwe if they wish to continue operating in the country.

To date the process has targeted only three players; Unki, which is jointly owned by Anglo American and Anglo Platinum (Amplats); Zimplats, which is owned by Impala Platinum (Implats); and Mimosa, which belongs to Aquarius Platinum and Implats.

The development has resulted in restlessness among producers, especially after the government last month cancelled indigenisation agreements with Unki, Zimplats and Mimosa.

Other platinum miners have not been asked to contribute to the building of the refinery.

Sources indicated there was apprehension among the three mining companies as they felt targeted "because of the perception that they are making a lot of money", according to a mining executive who declined to be named.

ENCR is the London-listed Eura–sian Natural Resources Corporation, and Norico is the China North Industries Corporation, which manufactures small arms, anti-riot equipment and high-tech weapons. It has been a major supplier to Zimbabwe.

They were sold to ENCR by the Zimbabwe Mining Development Company and Lefever, which is owned by Central African Mining & Exploration Company, which was controlled by business mogul Billy Rautenbach.

The claims were given to Rautenbach after he gave the cash-strapped government a $100-million loan.

ENCR is already developing a mine shaft and is expected to start production this year, according to industry sources. Norico controls several platinum claims through different vehicles.

Funding the refinery
These include Global Platinum Resources, which holds platinum claims on 8 681 hectares in Chegutu and Wanbao Zimbabwe, which has 7 005 hectares and also has chrome interests.

Russian company, CBC Russia, owns Ruschrome Mining, which has platinum rights on 6 886 hectares for which Zimbabwe received helicopters in exchange for the platinum claims.

It is thought that these connections render the government unwilling to force ENCR, the Chinese and the Russians into supporting the hugely expensive platinum refinery project.

But deputy mines minister Fred Moyo said only platinum mines currently in production are required to fund the refinery, in which government is also thought to be contemplating taking a 51% stake in terms of the country's indigenisation law.

But Moyo said it was not yet clear how ownership of the planned refinery would be structured.

"Our technical team is currently working on that issue. The ownership structure, including how much government will own, will be decided after they have worked out the details," Moyo said.

Deadline moved
Unki, Mimosa and Zimplats were last month forced to lodge proposals for the setting up of the plant, whose deadline has now been moved to December 2015.

"We are giving them a warning … unless we have a refinery within two years, we will say we do not want with our minerals [sic]. We will stop them from exporting platinum to create jobs for others who refine it," Mugabe told his party's annual conference last December.

Chinamasa said a tax to discourage the export of raw platinum would be introduced to encourage beneficiation after the deadline.

Mines Minister Walter Chidhakwa said the three companies had made a commitment to continue to support Zimbabwe and "the setting up of a platinum refinery is one of their aspirations".

Industry nearing required output
In the past Zimplats chief executive, Alex Mhembere, who is also president of the Zimbabwe Chamber of Mines, has said that platinum producers would require a minimum production rate of 500 000 ounces a year to make a refinery viable.

At a mining indaba in South Africa last week, Mhembere said the industry was nearing that required output to justify such a refinery.

Zimbabwe Chamber of Mines chief executive John Chikombero has indicated that the refinery would be a costly project for these three producers to handle alone.

"We would be glad to get investors who are willing to inject capital [into] the building of the refineries. I believe this should not be left to miners alone but anyone with the capacity is welcome to do so," Chikombero said.

Platinum miners are also worrying about the need for additional investment by the government in power generation to support the refinery.

Yet the government does not have the capacity. Zimbabwe is currently experiencing power outages because of poor generation at existing plants. New private power projects have stalled because of uncertainty over the ruling party's indigenisation drive.