The elusive yuan, yen and rupee in Zim 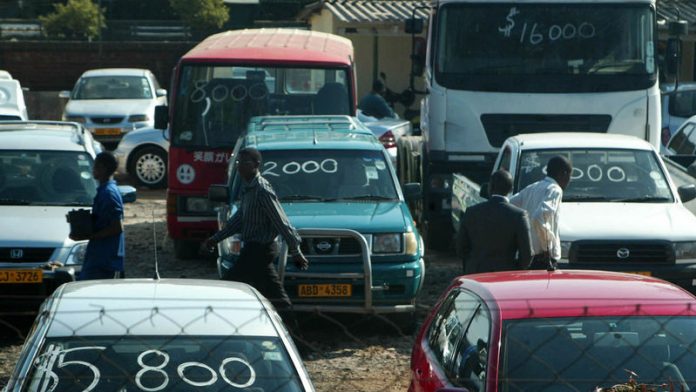 Two weeks after Zimbabwe added four more currencies to its "basket of currencies", most checkout counters are still doling out change in anything – from lollipops and razor blades to matches.

But surely there must be one store in this whole country that has taken heed and started doing the right thing, giving out change in just one of the many new foreign currencies we can now trade in?

A good bet is Ivato, the sprawling supermarket that sits on almost half of the Long Chen Plaza, the large new Chinese mall just outside Harare's city centre. If one is to hunt down yuan in this country, this should be a good place to start.

But after two loaves of bread, yoghurt and three cool drinks are rung up at the till, the $0.75 cents change still presents the old dilemma.

"Should I give you airtime? Plastic bags? Or you can get another drink to square it off," says the lady at the till.

I ask whether there are any yuan in this Chinese mall.

No hope for yuan
"No, we don't have it yet," comes the polite response. "Well, if you cannot find yuan in the country's biggest Chinese mall, there's no hope for it anywhere else, is there?" one person quips.

There is $1-billion worth of trade between Zimbabwe and China, but there is no sign this will get Zimbabweans trading in yuan, or any of the other "new" legal tender, anytime soon.

Apart from yuan, the Reserve Bank of Zimbabwe (RBZ) announced that the country would now also accept the Japanese yen, the Australian dollar and the Indian rupee as legal tender.

This is in addition to the United States dollar, the South African rand and the Botswanan pula, which replaced the Zimbabwe dollar in 2009.

According to RBZ governor Charity Dhliwayo, this move was meant to ease the liquidity shortage on the market, and make transactions easier.

But few retailers and traders in Zimbabwe seem excited about the move, and they doubt the new currencies will make any impact at all.

Rand unpopular in Harare
In Harare, the rand has never been popular; only the coins are useful as change. Now, with its recent volatility, street traders are struggling to offload the rand.

Retailers say they will stick to US dollars, however grubby the notes get from overuse.

"We will stick with what we know," says Caleb Ndlovu, manager at a large car parts dealership in Harare. "The US dollar notes do get dirty, but at least I know a fake US dollar note more than I know a genuine Yen."

Dhliwayo herself admits that "the increased use of cash has seen numerous incidences of fake currencies being injected into the economy".

She is pushing for more electronic trading by forcing banks to issue cards to every customer. But much of Zimbabwe's economy is outside the formal channels, with an estimated $2-billion said to be floating in the informal market.

Zimbabweans have not forgotten the days of using calculators to shop. In the hyperinflation years, before the Zimbabwe dollar was ditched for foreign currencies, one often had to carry a calculator to figure out values for transactions, especially if they involved forex.

Improving liquidity
"I really cannot see many people stampeding to use rupees, yen and so forth. It would mean having to check the exchange rate every time before you make a trade," says Ndlovu.

Now there is some talk within government that RBZ may be planning to buy yen to improve liquidity.

Yen – at around 100 to the US dollar – would be useful as change since US cents are hard to come by.

But Zimbabwe's threadbare treasury, struggling to pay workers and fund basic services, does not have the extra cash to spend on raising its stock of currencies.

"There just isn't enough of these other currencies floating around to make a dent on cash shortages. When was the last time you saw an Australian dollar outside of Australia?" asks Richard McCawley, a fund manager in Harare.

Dhliwayo said the move on currencies reflected how trade and investment with China, India, Australia and Japan have "grown appreciably". But even those who do actively trade with these countries have no interest in their currencies.

Demanding US dollars
Zimbabwe imports second-hand cars worth $1.5-billion each year, most of them from Japan, and it suggested that car dealers simply pay car exporters in Japan in yen.

"Not at all; they demand US dollars," said one car dealer in Harare this week.

For Tourism Minister Walter Mzembi, who has been struggling to get more Chinese tourists into the country, introducing yuan may help.

In 2009, his ministry campaigned for Zimbabwe to adopt the yuan, hoping this would be an extra incentive to get Chinese tourists to visit more frequently.

"If the introduction of their currency is a reflection of part of our incentives to make them look also at the Victoria Falls, which is a world heritage site, then we have taken a step in the right direction," Mzembi says.

But he admits that, despite being more convenient for tourists, there is not much else the currency move is good for.

The most that introducing the new currencies has achieved was to send the message that Zimbabwe had no immediate plans to restore its own currency.

China's decision to let its yuan weaken by the most in two decades is stressing policymakers who fear it could create a "race to the bottom" in Asia.
Read more
Africa

Zimbabwe opposition leader Morgan Tsvangirai may want to up his street cred, but he'll have to find a way to leave the house first.
Read more
Africa

It's payback time for those who can't afford to say no to the ruling party preparing for its congress.
Read more
Africa

Political largesse broke the Reserve Bank of Zimbabwe; now the state wants the public to fill up the coffers, but they are not amused.
Read more
Africa

The questionable award of a doctorate to the first lady threatens to tarnish the University of Zimbabwe's reputation.
Read more
Advertising
Continue to the category
Politics