Your struggle is my pride, my son 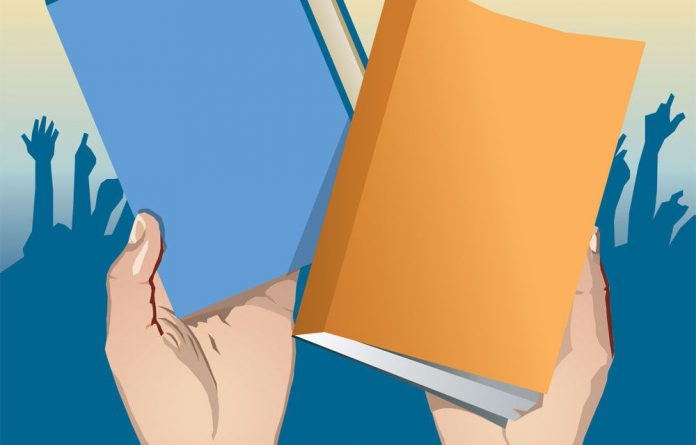 Assalaamu Alaikum. I  have started writing this letter after midnight on Wednesday January 29 2014, having returned home after dropping off some of your friends, whom I collected at the Brixton Police Station.

They have nowhere to sleep because the University of Johannesburg has suspended them and 20 others after the protests yesterday. So they have decided to keep themselves occupied for the night by printing pamphlets in preparation for the court appearance tomorrow.

They were, of course, camping outside the police station waiting to hear about you and the 26 other students who were arrested and who finally spent about 30 hours in jail.

I'm sure you will forgive me, knowing that I had a group of Egyptian guests who are desperately trying to get support for their struggle against the military coup in their country. Considering that they are all in exile, fear for their lives, have friends or relatives who have been killed or imprisoned in the past few months, I knew you would agree that it was more important for me to sort out their programme than rush to Jo'burg to be near you. They are in that seemingly hopeless but heroic struggle for the soul of their nation and for their freedoms that you support. (I also knew that your brother was there and, being the organiser, arranging lawyers, transport, food, etcetera) But I digress …

I had my phone close to me after I heard about your arrest and was repeatedly typing messages and answering calls relating to your status. I finally apologised to my guests, and explained the reason for my rudeness.

Later, one of them commented: "It seems you are very proud of your son, because you keep talking about his arrest." I hadn't realised I had been imposing on them.

The next day, when another of the guests asked about you, and I explained that you had spent the night in jail, he said: "So you are still happy." Then he said that, considering most youth he had met in South Africa, it seemed to him that my generation was the last generation of real activists, and the current generation of young people had become materialistic and self-absorbed.

He added: "That is why you are happy. Because your son shows you that this generation can be different."

I suppose he was right. I was happy. And proud. Very proud. I probably don't tell you this often enough. And, I knew, your mother would be proud too, of the commitment of both her sons to the poor and oppressed — as was your stepmother as she explained to your seven-year-old sister Imarah the next morning that you were still in jail and why. As was Imarah herself. When I walked her to school, she said, matter-of-factly but disappointedly: "I won't be able to be in any protests; I'm still in school." I laughed and replied: "Maybe when you are at varsity."

"But that will take such a long time," she said. (This is not a licence for you to take her to any protests, even though you were less than half her age when you attended your first, and she already has a few under her belt anyway.)

I also realised that the person I was most reminded of on hearing of your and your brother's exploits was my brother, your uncle Mohseen.

Do you remember the newspaper picture of him being manhandled by police, shirt torn, when he was general secretary of the students' representative council?

I also realised that he was about six months younger than you are now when — a little more than 20 years ago, on Monday January 17 1994 — he was murdered by the police, his lower body torn to shreds by high-velocity bullets, a bullet in his lung, a bullet through the back of his head, fired at close range. Yah, I can see the similarities. (This is not a suggestion that you get yourself killed!)

But this letter is not about you and me. As busy as I have been these past few days, I have been seething. We have seen so many examples of the impunity and brutality with which many South African universities treat students. There's the racism, there's the foul-mouthed way in which students are spoken to, there's the sexual harassment.

Universities appear not to give a damn about these complaints from students over the past few years. No attempt is made to address these grievances.

Students, for these administrators, are the enemy, not the ones to be served. And poorer students are bigger enemies. Since you're able to pay your own fees, I suppose you are exempted from the worst of such treatment. But students who rely on the National Student Financial Aid Scheme (NSFAS) are just "charity cases" who can be abused at the whim of any administrator.

What will happen to all those suspended students from outside Jo'burg, especially from the far rural areas? With nowhere to sleep, not being allowed to register, they will be forced to beg for transport money to return home. Even if the suspensions are lifted, you could get into a car and go to campus, but how many of them will be able to come back? How many lives have been ruined by these incidents? How many are now forever condemned to reinforce the cycle of poverty they thought a university education would help them to break out of.

I remember telling the vice-chancellor of another university, when we met to discuss curbs on student activity, that my generation of students had more freedom of expression and to organise on university campuses in the 1980s than students at his university had now.

He flipped! Ranted about how I thought a black vice-chancellor couldn't do his job well and only whites could, and that, basically, my criticism of his suppression of student activity was racist.

I don't care whether a fat-cat rector with a R1-million or R2-million salary is white or black. I do care that students, mostly black and poor, are systematically stunted in their intellectual growth by these policies and systematically forced out of the education system, partly because they are poor. This funding crisis will destroy many poor families across the country. A vice-chancellor who is playing no role to assist students has placed himself and his management in the enemy camp.

Of course, in any such crisis, the opportunism of political parties will rear its head. Damn all those parties that came to you to offer to pay your legal fees! The Economic Freedom Fighters, the Democratic Alliance and whoever else. If they are serious in their concern, they should ensure every single suspended student is able to reclaim their registration, and they should set up a student-run fund to pay the fees for all the suspended students and all the students threatened with exclusion.

And damn the ANC too!

I know the ANC branch chair spent much of the day outside the police station, negotiating with police, prosecutors and the acting vice-chancellor, and I know the ANC has provided lawyers to take up the issue of the arrests and the suspensions.

But wasn't it they who helped to create this culture of impunity at tertiary institutions, where university managements act like autocrats trying to keep their students obedient?

Isn't it the ANC's government that created this NSFAS funding crisis in the first place? So much for the doors of learning being opened! And the higher education department's announcement that R1-billion has been made available to NSFAS is no compensation. Do they expect they can create a shortfall of R2.6-billion, then offer R1-billion, and that this will satisfy students?

Isn't the government responsible for this farcical smoke-and-mirrors performance about free education? The truth is that, despite the rhetoric, the structural impediments in our society have ensured that only a tiny fraction of young people from working-class and poor backgrounds who start school are able to complete their degrees.

They are disadvantaged from day one. And these impediments are owed, in large part, to the liberal, poor-unfriendly economic system that impoverishes working-class people and digs them further into poverty.

If the ANC is serious about free education, then an alternative to the bureaucratic funding in place would be a change in the tax system. If our society is serious about education and skills development, let the rich pay for the education of the poor through their (our, because the middle class should carry this burden too) taxes. This can help to move our state tertiary institutions from the quasi-private bodies that mostly benefit the rich that they now are to a system of genuine free education. Universities are not businesses and free education is not a luxury!

The struggle of you and your comrades highlights all these issues. And that struggle must not waver. Indeed, it should increase in other directions as well. Your voices must be conveyed strategically to the rest of society so that your struggle is understood and supported by all South Africans, so that your call is the call of us all.

I should stop. I don't want you to start sounding bitter like your old man. Just keep up the good fight; keep us proud. And no matter what happens, remember, always, that power, strength, articulation come from no human being, and that no person should have to be dependent on another.

Because, Hasbunallahu wa ni'mal wakeel. God is sufficient for us, and He is the best disposer of our affairs. Love, Abi

Na'eem Jeenah is executive director of the Afro-Middle East Centre. A version of this letter was published in the January edition of the monthly newspaper Al-Qalam