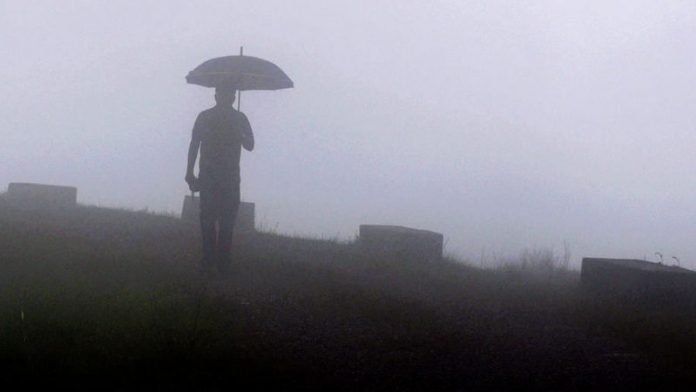 While most climate change predictions point to water shortages for South Africa, and the landscape becoming increasingly arid, new research out of Wits University shows parts of the country may see more rainfall as tropical storms move south.

There is a myth that there will be an increased number of tropical cyclones as the surface ocean temperatures climb, as a result of climate change. But research by PhD candidate Jennifer Fitchett and supervisor Professor Stefan Grab from the Wits School of Geography, Archaeology and Environmental Science shows these storms are not becoming more frequent, but they are moving south. Their research was published in the International Journal of Climatology.

"South Africa could be at increased risk of being directly impacted by tropical cyclones within the next 40 years," the university said.

"This definitely looks like the start of a trend," Fitchett said. "This is not what we expected from climate change. We thought tropical cyclones might increase in number, but we never expected them to move."

Implications
This has implications for South Africa, as cyclones that hit southern Mozambique cause heavy rain and flooding in Limpopo. "At current rates [of change] we could see frequent serious damage in South Africa by 2050," says Fitchett.

However, this cyclone-induced heavy rainfall will be confined to the north-east coast.

Willem Landman, a chief research and meteorologist at the Council for Scientific and Industrial Research, explains: "We don't see tropical cyclones hitting Pretoria. They need an enormous source of moisture … They don't last long over land, being cut off from their main source of water, the ocean."

But long-term prediction remains difficult. "The southwest Indian Ocean is one of the most challenging basins for predicting tropical cyclones," he said, adding that this ocean basin has been understudied in comparison to the Atlantic and Pacific Ocean basins.

He notes, though, that the South African Weather Service has had some success with forecasting the effects of tropical cyclones on "weather time scales", which span a few days. "But we're just starting to scratch the surface."

Landman says: "The problem is that these events happen so infrequently that we are less concerned [with them]. But in the past, [on the very rare occasion that a tropical storm has made landfall in South Africa] we've had serious problems."