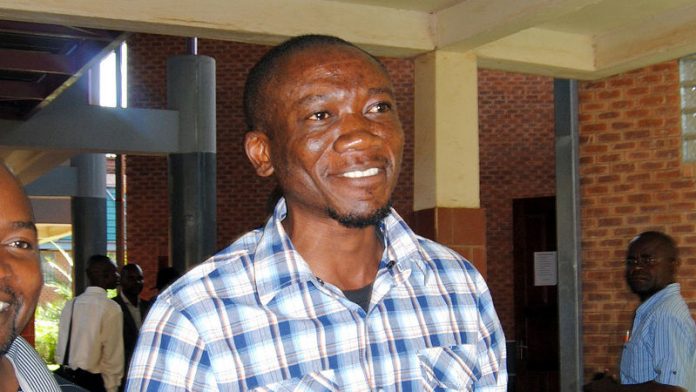 A magistrate in Zambia on Tuesday acquitted a gay rights activist charged with an offence against public morality over comments he made on television in support of homosexuals.

The court ruling in Zambia came a day after the president of Uganda signed a law imposing harsh penalties for homosexuality, defying criticism from rights groups and Western donors.

In April 2013, Kasonkomona was arrested after he appeared on a television programme where he spoke about the need to recognise the rights of vulnerable groups such as homosexuals to tackle the Aids epidemic in Africa.

He had been released on bail pending the court hearing.

As in many African countries, homosexuality is illegal in Zambia under a judicial code that penalises "unnatural acts" or sexual relations "against the order of nature", and it is punishable by a jail term of up to 14 years in prison.

'Victory'
Anneke Meerkotter from the Southern Africa Litigation Centre (SALC), a group which lobbied for Kasonkomona's acquittal, said the outcome was a victory for freedom of expression in Zambia.

"If speech is stifled through the application of outdated criminal laws, Zambians will find themselves unable to openly discuss and debate some issues of real importance," she said.

The new law passed in Uganda on Monday by President Yoweri Museveni strengthened existing punishments for anyone caught having gay sex, imposing jail terms of up to life for "aggravated homosexuality".

The Ugandan Bill drew sharp criticism from Western donors such as the United States, Britain and Scandinavian nations, and Washington said it was reviewing its relationship with Uganda's government.

Swedish Finance Minister Anders Borg warned Uganda on Tuesday the tougher legislation against homosexuality could represent a financial risk for the country. – Reuters