Despite global pressures, budget spending is kept on target 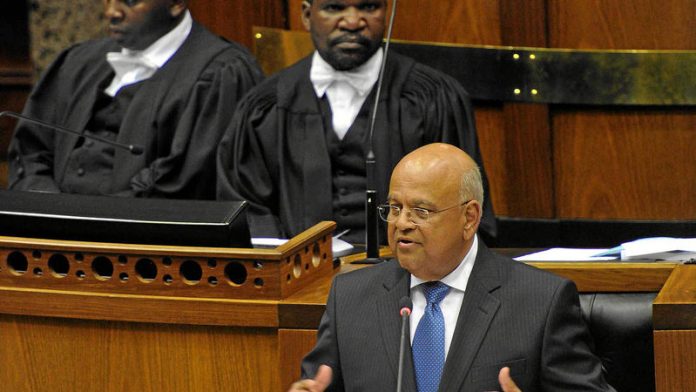 Finance Minister Pravin Gordhan proved once again this week that he is a past master at walking the finest of lines.

He delivered a budget that did everything and, some would argue, more than was expected of it. He and his team at the treasury stuck resolutely to the government's spending ceiling, keeping noninterest spending growth to an average of 1.8% over the next three years.

He did this while maintaining social support by spending on grants and education and found money to help small businesses to grow.

The deficit was reduced slightly to 4% of gross domestic product (GDP) and government debt levels will stabilise at slightly more than 44% of GDP by 2016.

Overall, interest payments on government debt are the fastest-growing spending item, coming in at R5-billion higher than forecast in the October medium-term budget, thanks to the volatile rand, rising inflation and the uptick in interest rates.

Prudence lauded
Experts and analysts have lauded Gordhan and his team's work for prudence and sustainability, given the current economic conditions.

"It is not possible to take serious [issue] with today's budget, and those who do do not understand the constraints and challenges South Africa faces," Investec economist Annabel Bishop said in a research note.

But in the document that fairly seethes with the word "capital", there is a disconnect between the budget and the apparent dearth of social capital currently in the country. Social capital, as economist JP Landman said in a brief, is founded on the networks between economic and social actors, notably private- and public-sector players, and the levels of trust and co-operation among them.

"Listen to the political-economic debate and you will hear how little trust there is between various role-players in South Africa," he said.

Protracted wage battles between platinum miners and unions, violent service delivery protests and even divisions within the tripartite alliance over economic policies such as the national development plan arguably speak to vanishing social capital.

"We built some social capital in the early 1990s because we all agreed on a common purpose to set up a new Constitution, a new democracy; now you need another dose of social capital to be developed, which will enable us to take on the tough economic challenges that we face."

In the face of perennial criticism over government misspending, Gordhan drove home the state's work in trying to rebuild public trust. This included beefing up cost-cutting measures, efficiency and better oversight of public money.

Spending reviews are under way throughout the government to ensure value for money, he said in his speech, and the new chief procurement office is standardising lease agreements to address the huge deficiencies found in the government's portfolio, including accommodation that is unoccupied but paid for and noncompetitive procurement procedures.

Cutting costs of items such as travel, catering and consultants, instituted from January, is expected to result in declines in spending of 2.9%, 5.7% and 5.5% respectively.

Labour tension concerns
He said concerns about rising labour tensions are as much about the "noisy" nature of South Africa's public discourse than reality, and has become a proxy for other issues.

But he acknowledged that employers and labour need to solve disagreements in a constructive way and emphasised the need for "price wage deals within our economy". This would take bold leadership from "all quarters" and not just the government, he said.

Gordhan played down questions over whether the government could implement the national development plan and referred to funded projects, aligned to aims of the NDP, in the budget review. "These are not wishes," he said

"Government presents concrete programmes, concrete intent, backed up by real money, notwithstanding the constraints that we have."

When asked whether the next administration would stick to the commitments set in the budget, Gordhan said he couldn't give any assurances on behalf of the next Cabinet. But the ANC would win the elections and this would ensure "continuity in policy".

Furthermore, the budget was set down for the next three years.

Taxpayers will feel the squeeze

Budget: Who got which piece of the pie?

Health services too sick to mention