Paris, where you sizzle 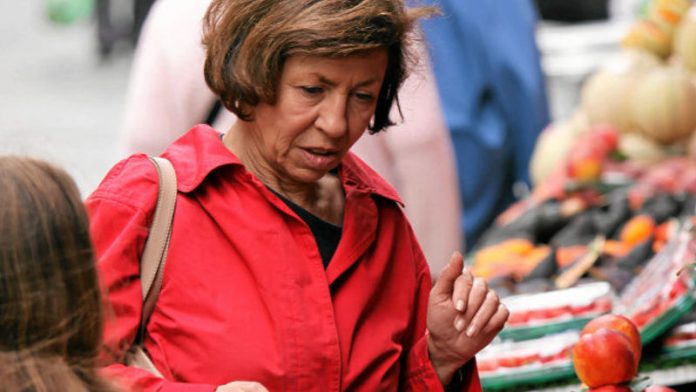 When in Paris, attending a cooking class is as obvious a choice for food lovers as ascending the Tour de Eiffel. But where to go, especially if English is your first language?

A sensible place to start, I thought, would be the old guard, the school where Julia Child mastered the art of French cookery: Le Cordon Bleu.

For those whose interests aren't limited to rolling a perfectly flaky croissant, Le Cordon Bleu offers a full calendar of one-day classes. There's The Secrets of Macaroons and even, In Honour of Julia Child, all of which slip quite easily into a broader schedule. I picked the Paris Market Tour and reported at 8.30am sharp to follow one of the cookery school's teaching chefs, Marc Thivet, to the Marché St Charles.

As he led us through his favourite stalls, Thivet came alive – stopping to stroke bundles of white asparagus, while speaking of the "excitement of the season". We stopped at a butcher, where he gently recalibrated our views on horse meat and took a detour past the historic Dalloyau pastry shop to see where opera cake is believed to have been created.

Back in the demo kitchen in chef's whites and toque, he looked like a different man – but the institution's fluorescent lights, white tiles and officious royal-blue trimmings couldn't dampen his spirit. "Close your eyes," he said, doing so himself as a garlicky whiff of sauce swept through the kitchen, "and you're in St Tropez with Brigitte Bardot …"

Like ballerinas, professional chefs make extreme precision appear effortless. This was Thivet. As he got down to making mousseline sauce for the fat asparagus spears, I found myself scribbling down insights. He emulsified hollandaise like mayonnaise by dribbling in hot clarified butter and, when whisking cream, he set the bowl in water, ice and salt. He folded the two together and finished the dish with glistening salmon roe, giving a tomato confit recipe off the cuff as he did so. I kept scribbling.

Next … more cream, in a garlic and parsley sauce for roast monkfish and potatoes crushed with – wait for it – crème fraîche. We will recognise when the fish is perfectly cooked, he said, because it resembles mother-of-pearl.

When it was finally time to pass around the taster plates, he showed us an ingenious trick: turning oven racks into impromptu trays by covering them with clingwrap.

Thivet thoroughly inspired his audience – but that's all we were, admiring onlookers. In Paule Caillat's historic apartment, on the other hand, in the Marais district, pupils are expected to pitch in – and stick around for a three-course lunch.

Caillat is an ex-fashion buyer whose foolproof pastry method gets a thumbs-up from Lebovitz and was recently featured in Saveur magazine's 2014 top 100 issue. Her focus is less on technical skill. In her words: "I'm teaching what my grandmother taught me" – and going by the Caillat family crust, granny knew a thing or two. (It flouts conventional thinking and begins with – l'horreur! – bringing butter and water to a boil.)

In addition to sharing her recipe legacy, the pastry expert dispenses her opinions on butter, sea salt and bread etiquette. "It's my job to tell you bread goes on the table, not on the plate," said Caillat as we stood at the gleaming granite countertops in her kitchen. Never did I think it possible to suffer performance anxiety slicing a baguette. But with Caillat – who, I may add, is shorter than I am – I did. "Cut your slices two inches thick," she instructed. "Foreigners always cut it too thin."

Caillat also begins her class with sourcing ingredients but her territory is not a market – it's the pedestrian walkway of Rue Montorgueil, lined with greengrocers, bakeries, cheesemongers and the like. Our meeting place was Stohrer, founded in 1730 and home of the baba au rhum, and I identified Caillat by her signature crimson coat. I tagged along with an American family and our cultural reconditioning commenced immediately.

It made complete sense – my Stohrer éclair piped with chocolate mousse would have collapsed if it was place close to a wood-fired oven.

We moved on to the butcher where the little girl in our party winced at the sight of chickens with feet and rabbits with heads. Caillat explained the logic: "It's a sign of freshness."

And when the girl's mother made a meek request for "low fat", Caillat urged us not to be afraid of fat. She confided: French women do get fat, so, in spring, when they want to lose some weight, they turn to cream because it is only 35% fat – butter is 82% fat and olive oil is a 100%.

Back in her kitchen, we positioned ourselves behind our cutting boards and Global knives and, after a tutorial on French cheeses, got to work: twice-baked cheese soufflés with cream sauce, veal escalopes wrapped around a spinach, mushroom and herb stuffing and cooked in mustard and crème fraîche, and a strawberry tart with almond cream.

Out in the street, now knowing what traiteur meant, I suddenly saw many, their windows lined with vol-au-vents, wedges of pâté and jellied aspic creations that would make Child's heart sing.

I had eaten enough butter and cream to make her proud too. Très Française, indeed.

Carbon catastrophe is hurtling towards us