Satanic killings: The devil is in the detail of our violence 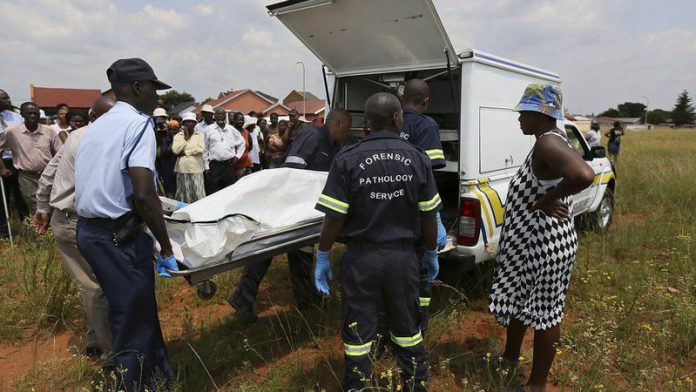 I went to school with two killers. They claimed the devil made them do it; the court did not believe them. Angelique Orso was 16 and her boyfriend Lawrence van Blerk was 18 when they killed Orso's mother, Dawn, in 1992. The court heard that the two had hit her over the head with a frying pan; when that blow was not enough, they used a wire hanger to strangle her.

A Cape Town judge dismissed their defence that they were under the spell of some dark forces. They were sentenced to 11 and eight years respectively. They are free today, yet I live with the knowledge that I once walked with killers on the school grounds.

I hadn't thought of this horrific incident until news broke last week that two teenage girls, Chwayita Rhathazwayo and Thandeka Mokganetsi, were found dead in the veld in Dobsonville. Police suspect a satanic ritual because razor blades and black candles were found at the scene. Two teenage boys who attended the same school as they did have been arrested in connection with the killing. Will they claim the devil made them do it and will the courts agree? It will be curious to see.

The incident took me back to 1992. I thought back to the teenage schoolgirl I was then in green-and-white gingham uniform. Fear and shock enveloped the school. We had attended assembly together, sat in the same classrooms, stood in the same lines at the school tuck shop – yet they had killed. With the paranoia of the young, we worried that they might come after us, or had left some of their evil at school.

Angelique was different, a loner. She was thin and had long, stringy black hair. She never smiled. Lawrence was scrawny and springy and even more withdrawn. They stood out because they were always alone and never huddled with a group of friends as they moved from class to class. On civvies days Angelique wore all black and painted her nails the same colour. In retrospect it was inevitable that they would gravitate towards each other. They became inseparable. I recall being relieved that they had found company. Sadly, it came with tragic consequences for them and Dawn.

The Orso case is but one example cited in a fascinating study done by academic Dr Nicky Kalkof. She examined the spate of so-called satanic incidents and reports among the white community in South Africa in the dying days of apartheid.

Kalkof ascribes them to what she terms a "moral panic" that was playing itself out as change became inevitable in the 1990s. She argues that this kind of moral panic manifested itself in this hysteria around so-called Satanism cults and was really a reflection of a society in flux and going through drastic changes.

If you believed that thesis, then what would the latest incidents of violence mean for post-apartheid South Africa?

We recently had the disturbing case of Kirsty Theologo, who was killed in the most heinous fashion. The courts have convicted and sentenced the killers.

The tentacles of violence and its spectre are seemingly never too far removed from our lives in this country. We do not know why we are like this: why people, black and white, young and old, can perpetrate such cruelty on each other.

We are always grappling for answers. In trying to make sense of why our society is so violent, in his state of the nation address President Jacob Zuma said we need to examine some of the things that we as a society did or didn't do when apartheid fell – which might help us.

We can't just keep talking about it – more children will die at the hands of others in the meantime.

We can't blame the devil!