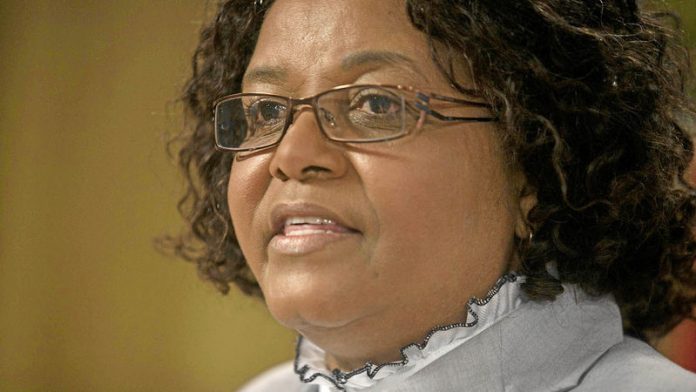 According to the department of water affairs, approximately 70% of the gross domestic product of South Africa is supported by water from the Limpopo, Inkomati, Pongola and Orange Rivers.

These collectively drain two thirds of the land area. Judicious joint management of these rivers with the relevant neighbouring countries is therefore of paramount importance to South Africa.

Although the government is the public trustee of the nation’s water resources and the minister of water affairs is ultimately responsible for implementing water legislation, the management of water resources takes take place at a regional scale in 19 Water Management Areas (WMAs) that cover the entire country.

Prior to 1998, the management of water resources was mainly demand driven, with emphasis on the development of new water resources in response to the socioeconomic needs of the time and in line with the greatest perceived overall benefit.

However, the National Water Act 1998 has a different emphasis and is concerned with the efficiency and sustainability of water use, redressing past imbalances with regard to access to water for all South Africans, and reserving sufficient water to maintain the natural environment.

Assurance of water supply for the future is not a problem unique to South Africa. It is estimated that by 2025, at least 3.5-billion people will face water scarcity.

The department says that in South Africa, it is estimated that water demand will exceed availability of economically usable fresh water resources by 2025.

The continuing trend in industrialisation and urbanisation of the population is expected to place further pressure on the country’s sources of water supply unless appropriate corrective action is taken.

Part of this is ensuring that the necessary skills are in place to help the sector meet its demand challenges.

Government-focused
At the gazetting of the Second Draft National Water Resources Strategy in August 2012, Minister of Water and Environmental Affairs Edna Molewa said that the shortage of the appropriate skills and capability in the right places was a critical challenge in the water sector.

This includes insufficient engineers, scientists and artisans, as well as adequate leadership, governance and oversight.

Molewa added that within the entire water sector, including government, the private sector and civil society there are a range of skills that can be harnessed for the implementation of the NWRS.

The ministry put in place the National Treasury Graduate Internship Programme in 2012 that would be housed within the Rand Water Academy to provide those municipalities with low capacity the key technical skills to operate their water and sanitation plants with expertise such as engineers, artisans, process controllers, and scientists.

This saw the National Treasury and the department of co-operative governance and traditional affairs make a call for private sector companies and state owned entities to adopt municipalities on capacity and infrastructure-support related projects.

Critical to this are the development imperatives of the departments of water and environmental affairs and human settlements to ensure access to clean water and safe sanitation, effective and efficient water resources management, and sustainable economic and social development.

Ministerial support
Speaking at the launch of the Rand Water Academy in 2012, Molewa said that the department acknowledges the importance of requisite skills and human resource capacity within the water sector.

“As part of their objectives for the 2011/2012 financial year, the board of Rand Water articulated the establishment of a Rand Water Academy as a priority project for its human resources portfolio. I see this as a response to the picture I have painted before. I am informed that the academy will address the matter relating to a number of identified strategic thrusts for the board, such as creating capacity and capable human resources, deliver specific water-related training, thus alleviating the critical skills gap within the sector,” she said.

“All of this training and skilling will also ensure that responses to service delivery protests, exacerbated by lack of understanding of communities served will be proactively mitigated against.

“This will lead to better means of accountability and higher levels of confidence within that tier with regard to capabilities to deliver on the prescribed mandate.

“It is important to take note that the Rand Water Academy is borne out of the need to systematise the various pockets of excellence in training operating independently across the organisation into a single integrated unit.

“This move to integrate and create efficiencies signals the broader intention to pursue a sector-wide influence within and outside the borders of the Republic.”

More recently, Molewa spoke about how by working together all the respective stakeholders can do more to address the water challenges in the country.

“Water plays a central role in our country’s growth and development because well-managed water systems can be an important driver for growth and it can generate huge benefits for our health and our economy.

“However, badly managed water systems can significantly hinder our growth and prevent opportunities for further development.”

She said that it is already a reality that South Africa can create jobs and derive benefits from natural resources, all while protecting and conserving the environment for future generations.

“Without the continued collaboration across the sectors of minerals and the environmental and water portfolio, none of this would be possible.”

Looking at the initiatives the ministry put in place with Rand Water, she has shown the extent at which government will work with the respective stakeholders to ensure that this happens.

This article forms part of the supplement that has been paid for by Rand Water. Contents and photographs were supplied and signed off by Rand Water