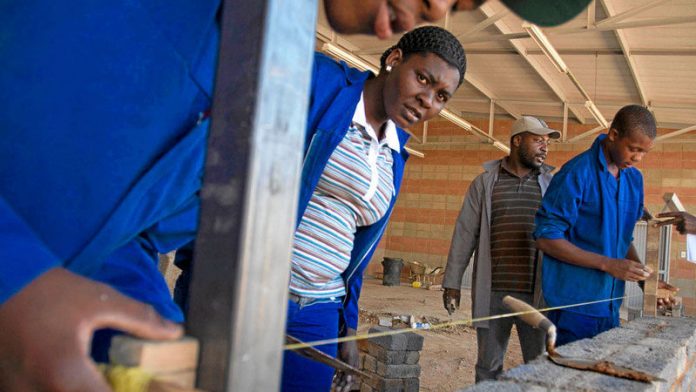 These institutions will now be known as "technical and vocational education and training" (TVET) colleges, he said. In addition, "new policy will strengthen and expand [the public colleges], enabling them to attract a large proportion of school-leavers and become institutions of choice, and disposing of the notion that these colleges are of little value, a legacy of the days when [they] did not enjoy the attention given to other sectors within education".

Although I am excited about this announcement, I am also concerned about the many challenges these institutions face, especially in rural areas.

Last month Nzimande said the department of higher education and training was carrying on with its "comprehensive turnaround strategy" for the country's colleges. The minister further said he wanted to ensure that "TVET colleges, and the qualifications they offer, would, in future, be regarded as institutions of choice, rather than being regarded as a second option for those who could not go to a university".

As the administrator of a rural TVET college, I welcome any effort to improve matters so that lecturers can operate at their optimum and students have the best possible opportunity to acquire the skills they seek.

There are 50 registered and accredited public TVET colleges in South Africa, which operate at about 300 campuses spread across rural and urban areas.

The difference between urban and rural
Like other institutions of learning — and obviously because of the legacy of the past — there are huge disparities between TVET colleges in urban areas and those in rural areas.

I am concerned about the inferior facilities that characterise the TVET colleges in rural areas and the lack of opportunities for students to access job placement and practical workplace opportunities.

Learning aids such as facilities for "blended" learning (involving e-learning) of some course content, which is available to students of TVET colleges in urban areas, are generally not available to their rural-based counterparts. Private companies need to come on board to provide more opportunities for rural students for experiential training and mentorship.

Given that the government spends as much as R4-billion a year subsidising these colleges, the plight of rural students becomes even more urgent to address. In this context, I believe that more money has to be invested in rural areas to combat the growing inequality of the quality of learning between TVET colleges in rural areas and those located in urban areas.

Some larger campuses of TVET colleges that are based in urban areas also have open learning centres, which do not exist in rural areas but that, all in all, cater for a significant number of TVET students.

I can only hope that the minister will direct the bulk of the funds earmarked for the upgrading of TVET colleges to go to poor rural institutions that urgently need the intervention.

New TVET colleges
Nzimande also announced that the department of higher education and training would open at least 12 new TVET campuses this year, which would accommodate some 6 500 new students in rural areas.

Again, I welcome the development insofar as it offers more opportunities for skills training for rural students, but without the support of private companies, one has to wonder what these youngsters will do after they have graduated. Lack of employment opportunities in rural areas could result in an exodus of newly skilled youngsters to urban areas.

I suggest that other government departments that are charged with job creation come on board and seek ways of making sure that rural areas benefit from the skills gained at TVET colleges in their areas.

Although on the face of it the figure seems impressive, the minister himself admitted that this funding falls far short of what is needed. He said: "If we are really to absorb the need for TVET student funding, the budget for TVET studies will have to be three times bigger than that allocated to university students."

A serious shortfall
He referred to the National Development Plan, which requires that, by 2030, at least 30 000 qualified artisans are produced a year. But South Africa is producing only about 12 000 artisans a year, he noted.

This ambitious plan must certainly take into account the disparities for development in rural areas and the government should ensure that some of these job opportunities are located in rural areas.

Obviously such a move calls for properly qualified lecturers and more needs to be done to ensure that they are willing to live in rural areas for the benefit of students there. Moreover, all partners need to ensure that staff development is an ongoing endeavour.

We can have the best of plans, but if they are not thought through carefully the problems facing rural areas, such as poverty, unemployment and the lack of skills to ignite development, will persist — and, inevitably, those who have gained such skills will have no incentive to remain there.

I would prefer a comprehensive approach to tackling the many challenges students and lecturers face because of where they are located. That is why it is important to distribute the funds the government is making available for TVET colleges in such a way that rural areas benefit more in order to narrow the disparities that exist at the moment.

For example, industries should take advantage of the so-called "Pivotal" grant policy — that is, the funding for "professional, vocational, technical and academic learning" programmes that lead to qualifications or part-qualifications on the National Qualifications Framework.

The policy prioritises scarce and critical skills and includes internships, learnerships and qualifications. For industries, this should be seen as an incentive to provide workplace experience to TVET students and tax breaks for moving some of their workshops to rural areas.

Such a move would remove the necessity for urban migration among the youth. In some rural areas the exodus has been so stark that only old people and very young children remain in villages.

Finally, the government needs to consult those who live in rural areas to take into account their aspirations in such a way that they can achieve these without having to migrate to other areas where they perceive they can enjoy a better quality of life.

Jomo Jacobs is the administrator of King Hintsa Technical and Vocational Education and Training College in the Eastern Cape.