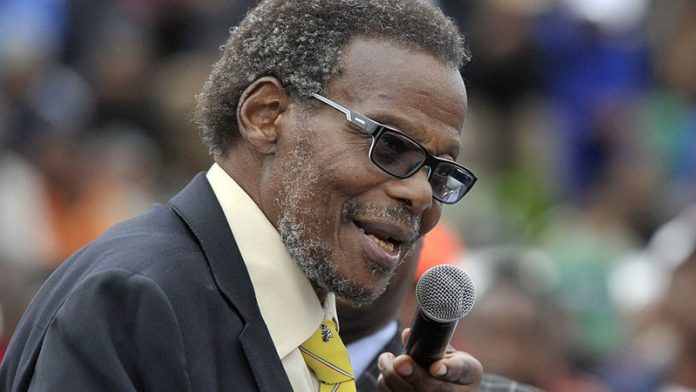 Thousands of Inkatha Freedom Party (IFP) supporters converged on Durban's King Zwelithini Stadium at the launch of the party's 2014 election manifesto on Sunday.

Party leader Mangosuthu Buthelezi received a rapturous welcome when he entered the stadium in Umlazi.

Streets outside the stadium were filled with busses and taxis bearing IFP colours and Buthelezi's portrait.

Speaking at the launch of the election manifesto, Buthelezi said special courts to deal with corruption would be established under an IFP government.

"We plan to investigate all cases of corruption and prosecute the offenders in a specially-mandated corruption court," he said.

While he gave few details of how this court would work, much of his speech dealt with the eradication of corruption.

Injured Buthelezi
He said that were the party elected into government, it would guarantee that the auditor general, the public protector, the National Prosecuting Authority as well as the Special Investigating Unit would have the required resources to fight corruption.

"We plan to prosecute those accused of corruption and make sure the guilty serve their full sentences," he said.

When Buthelezi arrived at the stadium, he had to be helped up the stairs to the stage and when he delivered his speech he sat on a chair that was provided for him.

IFP spokesperson Liezl van der Merwe said he had injured himself last week as he left his offices in Cape Town.

"Prince Buthelezi missed a step in the parliamentary buildings and slipped. It was discovered the following day, when he returned to Durban, that he had sustained a knee injury," she said.

Buthelezi had ruptured his quadriceps tendon, the connective tissue that binds the muscles of the thigh to the kneecap, said Van der Merwe.

Quality education
Buthelezi said the country's education system did not need to churn out grade 12 pupils, but needed to create a system that delivered quality education.

He said the country's health system was in a crisis.

"We need hospitals and clinics that are staffed by competent professionals who are properly rewarded for their performance."

He said that much of the ANC's good story to tell was based on the efforts of the IFP.

He said it was the KwaZulu-Natal government, then led by an IFP government, that challenged the national government over the roll out of an anti-retroviral programme to combat the spread of HIV.

On crime
Speaking on crime, Buthelezi said that an IFP-led government would ensure that the police service became more decentralised in its management and that the current police training curriculum would "emphasise human rights, empathy, investigative skills and forensic analysis".

He said officers would be promoted on their ability and skills, while their past performance would be continually appraised.

He said that the issue of land reform needed to be urgently addressed. This included a full scale land audit.

White commercial farmers needed to be recognised as citizens with rights and obligations to their land, with farm attacks addressed.

At the same time, the rights of farmworkers needed to be protected. – Sapa

Economic development, clean governance at the heart of the IFP manifesto