Eugene de Kock’s parole: On the road to redemption 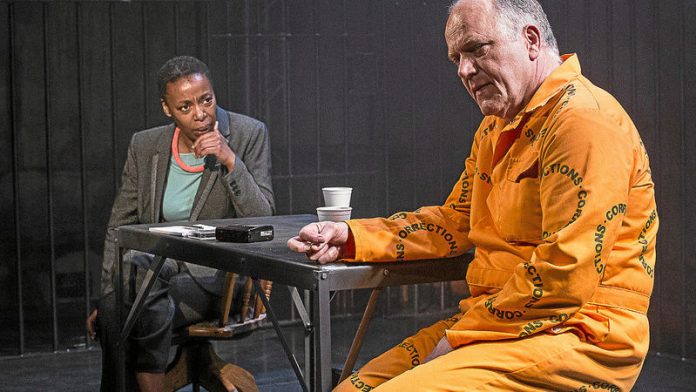 White South Africa washed its hands of Eugene de Kock, the head of the notorious Vlakplaas torture camp and death squad who was dubbed "Prime Evil" by the media. He spilled the beans before the amnesty hearings of the Truth and Reconciliation Commission were held, and became the fall guy for his superiors.

He has been in jail since 1996. Now a new play seems to suggest he should be released.

Adapted for the stage by South African-born British playwright Nicholas Wright, psychologist Pumla Gobodo-Madikizela's A Human Being Died that Night, subtitled A Story of Forgiveness, follows the process of her interviews with De Kock at Pretoria Central Prison.

The play was first produced in London at the Hampstead Downstairs Theatre.

How faithful to the book and to the real people did you set out to be?
I tried to get all of them right. If there is anything inaccurate in it, then it's my fault. Of course, I had to use material that wasn't in the book. I don't know if you know the story of the interview tapes; she [Gobodo-Madikizela] wrote the book from her notes. Her assistant was taking the tapes to the publishers and they were all lost at Mowbray station. They put out an advertisement and offered a reward, and some were returned – about six tapes [out of 40 hours of recordings].

You spent time shadowing Gobodo-Madikizela …
Yes, I spent a lot of time with her. We went up to Pretoria hoping to meet De Kock, but he didn't want any visitors … What got me started was I bought the book in London, and just because it was [about] South Africa, I read it. I was so struck by the message.

Which is?
It's about how we shouldn't write off people as evil however bad the things they did. That is not minimising that they've been very, very bad, but not to categorise them as some radically other kind of creature that has nothing to do with us. Pumla says at some point that it's only by empathising that you earn the right to judge.

At one point in the play, Pumla says Eugene should be let out. That's very controversial. I'm not sure if she has said it [as in taken a public stand]. But I think [the line] is faithful to what she thinks.

The way I read this play, she seems to be on a mission to get him to redeem himself. Her line of questioning seems to be leading him to a path where there is redemption. Why?
In the book she says something like "I was intrigued", something very light. But I think what you are saying is quite possible. She is a religious person. She is a Christian. There is one talk she gives on YouTube where she speaks about forgiveness, and the talk closes with her saying that maybe harbouring continued resentment pre-empts the role of divine justice. She says it with a sly smile – very charmingly. I think you may be right. She's a churchgoer, I do know.

Do you think he should be let out?
I do, yes, just logically, because he is still in prison and there are lots of people who were just as bad walking [freely] about.

But two wrongs don't make a right. Surely the others should be behind bars too?
Well, I can't really equate his continuing in prison 20 years later with justice. It's obviously a political thing, because he is an evil celebrity, such a hot potato. I don't think that's a good reason for keeping someone in [jail].

Are you religious?
Yes, I am. I do have a strong individual Christian belief of my own. I would have found this difficult to write otherwise, I think.

What is the difference in response to the play between Cape Town and London?
In Hampstead, people were very gripped. Here – I've only seen the first preview and last night – the audience sat as though shocked. They seemed hypnotised by seeing De Kock on the stage. They didn't laugh at his jokes … there's a big difference. One English guy [in London] said: "Oh, is he a real person?" They just see it over there as a play … Also when De Kock denounces white South Africans for hanging on to their privileges [which he did the dirty work to protect] … it's one thing to say that in London, quite another thing to tell that to a white audience in South Africa!

The only time change has occurred in South Africa is in response to global events such as World War II. The country is once again facing such an event — Covid-19 — and will have to react
Read more
Friday

In this extract from The Broken River Tent, by Mphuthumi Ntabeni, the protagonist, Phila, makes a fiery courtroom speech
Read more
Opinion

Why a blanket approach to redressing spatial inequity is flawed

Equal distribution of resources will not close the access gap. Instead, resources must be deployed where they are needed most - and low-cost housing must move from the urban periphery too
Read more
Opinion

Well, the pharaonic Voortrekker Monument to be precise for John Davenport
Read more
Advertising
Continue to the category
Politics