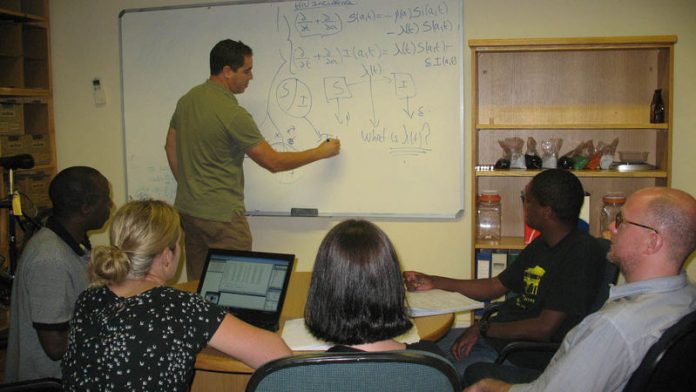 The problem: South African universities are struggling to meet the workforce demands for highly skilled graduates and increase their research output at the same time.

There are only so many academic positions in the country and, inter alia, these people have to teach, do their own research and train postgraduates. Part of government's solution: the research chairs initiative, overseen by the National Research Foundation (NRF), in which academics' primary tasks are to train postgraduate students and do research.

Since the programme's inception in 2005, the government has invested more than R1.1-billion in the initiative.

But is it working?

An analyst, who requested anonymity, said: "This is the best thing that the department of science and technology has ever done but [there isn't enough] new blood. Most of the people are already [in the academic system], and are already doing well."

As of March this year, there are now  150 research chairs. Of the 150, 32% were recruited from industry or abroad, so there is some truth in the assertion that the research chairs initiative is not bringing in as much new blood as some believe it should.

There are two tiers of funding annually: R2.5-million for tier one and R1.5-million for tier two. This initial amount has not increased since 2005, and with the rand's decline this means that it becomes less attractive to foreign academics of the stature required.

Romilla Maharaj, the NRF's executive director in human and institutional capacity development, said: "Discussions are ongoing to increase the starting value for new research chairs as this has remained stagnant since the inception."

Foreign academics have been offered the option of spending up to 50% of their time in their home countries, she said.

A senior academic in management at a South African university said that, although the research chairs initiative is "a good thing because the system had run down tremendously … the object should be to grow the system".

But this is a perennial problem in the country's academic landscape, and one that no single intervention can rectify.

In an interview with the Mail & Guardian last year about research ratings, A-rated researcher and research chair Professor Tebello Nyokong said the low number of rated black and female researchers was "not about democracy".

"It's about the fact that women were [historically] behind in certain areas in terms of education. Black people were behind too," she said.

"It takes a long time to get an A-rating. It's takes years and years … You have to be old to have an A-rating."

There is also a natural envy among researchers excluded from the research chair initiative, who believe that research chairs are getting all the attention and funding. (They did not want to be identified for fear of victimisation.)

But Maharaj denied that money was being taken away from other researchers.

"The white paper on science and technology sets a target of 2% of gross domestic product spend on research and development," she said. "We are still under 1% … the investment in the [research chairs] has been additional investments and has not taken away resources from other researchers."