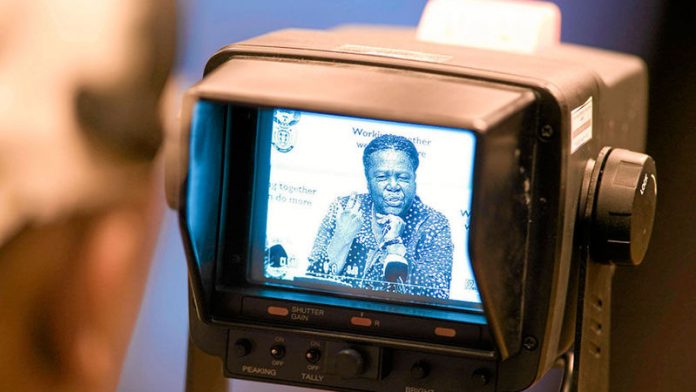 Until recently, university councils — the highest decision-making body of universities — did not have a collective voice. But the new University Council Chairs Forum South Africa (UCCF-SA) aims to rectify this. The vision of the organisation is to promote co-operative governance and transformation of universities, within a unified co-ordinated higher education system.

Since 1994 the higher education sector has undergone fundamental transformative changes at the level of governance, funding, planning, quality assurance, growth and expansion of the system. The number of university students has increased from 495 356 in 1994 to 937 455 in 2011, and black students have increased from 43% to 80%.

The role of councils, in particular their fiduciary responsibility and meeting the developmental challenges of the National Development Plan, is of paramount importance.  And yet during the past 20 years, four successive ministers of higher education have had to deploy assessors and administrators at universities, which is indicative of system turbulence.

There have also been at least eight amendments to the Higher Education Act of 1997 that have, in part, signalled a trajectory from state steering (co-operative governance) to state interference to state control — in particular the most recent amendment, which Parliament adopted in 2012. It is widely believed that this amendment infringes on institutional autonomy. The ministry of higher education supports the formation of the UCCF-SA. Joint task teams with the ministry, Higher Education South Africa (Hesa) and UCCF-SA have been established to discuss the 2012 Amendment Act and the new reporting regulations for universities, which the latter regard as onerous, costly and  bureaucratic.

Capacity building and continuous development
It is envisaged that annual meetings will be held between Hesa and the UCCF-SA to include all vice-chancellors and chairs of councils of the 25 SA universities. A meeting with the Council of Higher Education, the advisory body to the ministry, is envisaged. The most important remit of the UCCF-SA is the capacity building or continuous development of its members. Hesa's analysis of the assessor reports points to the lack of experience of council members, poor chairing of meetings, failure to follow procedures and confusion between institutional and sectoral interests.

The 2008 Ministerial Report on Social Cohesion, Elimination of Discrimination in Public Higher Education Institutions similarly pointed out weak leadership, lack of strategic vision and low management accountability in the councils of almost all universities.

Capacity building for some 750 members of councils is a formidable challenge. As a joint initiative of UCCF-SA, Hesa and the higher education ministry, regional workshops will be held to provide skills and knowledge in leadership and governance, finance and management, the academic enterprise and developing national and global trends in higher education. This will be followed by more detailed exploration of the fiduciary responsibilities of members of councils. Induction workshops for councils at each university, especially for new councils taking office, will complement this initiative.

The ministerial report pointed out that many council members, including ministerial appointees, fall far short of the ideal criteria. Such members "must be persons with know-ledge and experience relevant to the objects and governance of public higher education institutions", the 1997 Higher Education Act states.

Giving expertise
The same Act allows the minister to appoint a maximum of five council members. We believe it would be desirable for the minister to discuss these appointments with councils beforehand; this could be an opportunity to provide councils with expertise such as in finance and law.

The very wide range of vice-chancellors' salaries, some excessively high, and of senior staff, has been of concern for a considerable period. The failure to self-regulate these salaries prompted former minister Naledi Pandor to gazette guidelines that establish a rational basis for these salaries. Because university councils have the responsibility of determining the level of these salaries, such matters would be on the agenda of UCCF-SA meetings.

Institutional autonomy and academic freedom, time-honoured core values of a university, are enshrined in our Constitution and in the Higher Education Act. The undermining of such autonomy may arise from within the university, the state or the private sector. Autonomy and freedom are fragile concepts and it is incumbent on councils to review their status periodically.

A useful platform
The UCCF-SA would provide an ideal platform for an exchange of views and establishing peer support on a variety of matters that are the core business of a council — appointment of senior executive staff, the state of quality assurance in the system, communication with stakeholders, composition of and criteria for appointment of council members and national student challenges.

The King Report on Good Governance has published reports that should be the subject of discussion at the UCCF-SA. The forum can identify and adopt governance matters relevant to a university setting.

The question of payment for members of university councils has not been satisfactorily resolved. One view is that council membership is a public service and no remuneration should be expected, except to cover expenses. Another is that there should be some payment but with upper limits. A third view is that payment should be more substantive, comparable with those of boards in the private sector.

As far as is known there are considerable differences in the manner in which the different universities handle this matter. The forum would be an ideal place to discuss this issue.

It is hoped that the UCCF-SA, with its regular meetings with the minister of higher education, Hesa and the Centre for Higher Education Development, its capacity-building programme and its other roles and responsibilities, will contribute positively to good governance at universities in the country.

There are alternatives to pushing emergency remote learning at universities

Thousands of students still fail to take up Nsfas funding