A life in limbo for young CAR refugees 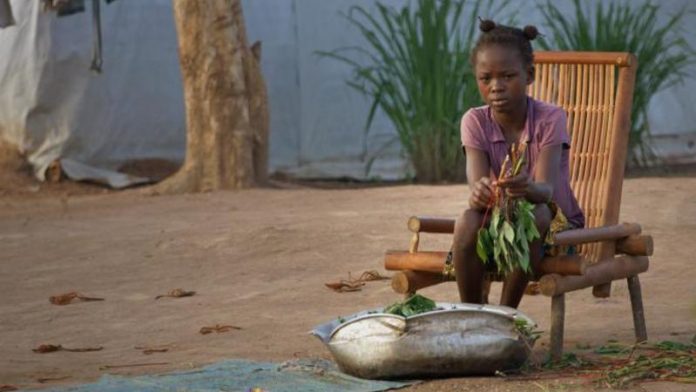 In the Boyabo refugee camp, just 20km outside the town of Libenge, in the Equateur province of Democratic Republic of Congo (DRC), the scale of the ongoing humanitarian crisis in neighbouring Central African Republic (CAR) is plain to see.

About 9 000 people from CAR have made their way to this sprawling refugee city since it was built in July 2013, just three months after the coup that ousted François Bozizé from power in Bangui.

The refugees here in Boyabo wear fresh scars of conflict. They have witnessed atrocities and they have abandoned their homes, belongings, even families in a bid to escape a country they describe as "lawless", where "killings were often taking place every day".

Most refugees say they don't know when they will return home. Crucially, they won't go back until they are sure the conflict has been resolved.

It's not difficult to understand their reluctance to return in the current circumstances.

More than 2 000 people have been killed and more than one million displaced, including 288 000 who have been forced to find refuge in countries neighbouring CAR. While the violence meted out by the Seleka rebels – responsible for the coup in March 2013 and the first wave of violence and displacement in CAR – the indiscriminate violence perpetrated by the anti-Balaka fighters since December has left this nation stunned, unsure when the haze of the crisis will lift.

'Nervous' youth
The numbers are startling but they ultimately neglect the intricacies of the experience of this conflict and its real effect on the lives of people.

The Boyabo camp is one of the more organised refugee camps I've visited. There are temporary classrooms for children, covered toilets and showers and wooden structures with plastic sheeting for houses. But it is here in this makeshift community that one gets a sense of the extraordinary task facing authorities in trying to bring a semblance of normality to the lives of people here who have lost everything.

It's not that the camp is miserable or a mess. It is not. Children run impulsively through the camp, shouting their national anthem at the top of their lungs in the improvised schoolyard. The elderly sit outside their homes and watch the neighbours quarrel, while boys and girls kick a football through the dust. The upheaval of the lives of the ordinary is tangible. It is also unsettling.

Of the 9 000 refugees here, about 3 000 are said to be between the ages of 18 and 30. The president of the refugee committee, Wilfred Pani, himself just 30, says that elders are finding it difficult to manage the frustration of youth wasting away the peak of their lives in a camp. He describes their idleness as "nervous" and "dangerous".  And he is right.

There is nothing for young adults to do here at the camp. Many are better accustomed to city life in Bangui so the move to a refugee camp near a small town known for little more than rubber plantations, papaya trees and Mobuto Sese Seko's primary school, has proven disquieting.

Most refugees are forced to spend their days lazing about, playing football, volleyball, or "fighting over every small thing" as one elder put it.

Benedicte Dondy, a 21-year-old student from Bangui, is now part of the women's football team who last week beat the women's team from Libenge in a friendly.  She put the fun and games into perspective.

"I left my mother and my little brother behind in Bangui, where she is hiding in our house, as fighters go house to house, killing people.

"I play these sports to keep myself happy, otherwise I will just think of home and all that I left behind." – Al Jazeera