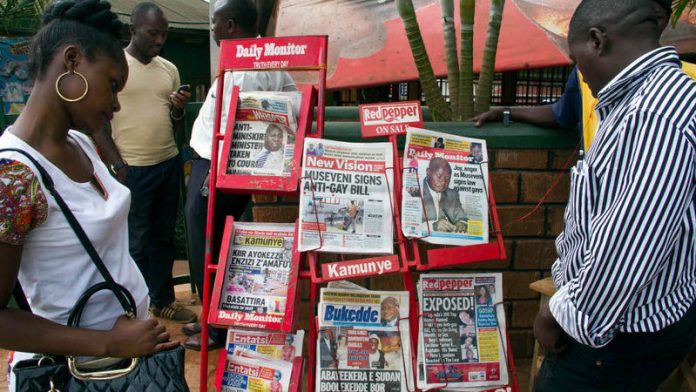 Uganda had one high- profile visitor this week, and the country's tourism board talked up his arrival.

"Everybody knows Forest Whitaker is in Uganda," the board's deputy chief executive, John Ssempebwa, told the Mail & Guardian after the Oscar-winning actor flew into the country on the night of March 10.

Whitaker, together with National Football League players from the United States, is doing charity work in northern Uganda, donating hearing equipment to people affected by the war there against the Lord's Resistance Army.

Having filmed The Last King of Scotland in Uganda, in which he portrayed late dictator Idi Amin, Whitaker, who was apparently not doing any press interviews this time around, is already a fan of the country.

But the "pearl of Africa", as Churchill famously dubbed the East African nation after a visit circa 1900, a moniker used by numerous Ugandan restaurants, hotels and travel companies, now needs as many tourists, particularly celebrities, as it can get after its president signed a harsh anti-gay Bill into law on February 24.

Uganda was named Lonely Planet's number one place to visit in 2012, a much-needed boost for the country after years of negative press thanks to its dictators and warlords.

But this week, there was much talk in Kampala of cancellations and a potentially damaging backlash from tourists and travel companies after President Yoweri Museveni signed the Anti-Homosexuality Bill, 2014, into law.

People were reluctant to speak on the record, but one safari operator based in the capital, which focuses on luxury international trips, said that she had received a frosty email response from a US-based outbound safari company after requesting a meeting at the Tourism Indaba due to be held in Durban in May.

"A safari operator based in the US has advised us that it will not let Uganda receive a cent of the millions of dollars the firm sends to Africa each year until the legislation is revoked, and suggests we complain to the government about how it is hurting our business," she said.

The owner of a Kampala-based travel company targeting the US and Canada said it was inevitable some tourists would stay away.

Discreet lodges
"The Americans who are part of the anti-gay movement will come, many of them as volunteers," he said. "Do we get gay visitors? Yes. Do we ask if they are gay? No. Most lodges are owned by Westerners and are discreet. Unlike Nigeria, we have had no rounding up of people, [but] one does not know what tomorrow will bring."

Just a day after Museveni signed the Bill, Wild Rainbow African Safaris, a California-based company specialising in guided safaris to East and Southern Africa and targeting the lesbian, gay, bisexual, transgender and intersex (LGBTI) community, scrapped its Uganda great apes safari, which was planned for June.

"This Bill is an affront to human rights, as well as to the respect and dignity of LGBTI Ugandans and their allies," owner Jody Cole told Oblogdee, a blog authored by international human rights advocate Melanie Nathan.

But, according to the Uganda Tourism Board, there have been "no cancellations", and tourists shouldn't be concerned about the new law.

"The ban [on homosexual acts] has no impact whatsoever. And it shouldn't, because no one will arrest tourists visiting Uganda," Ssempeba said, despite the fact that the penalties set out in the Anti-Homosexuality Act, 2014, could be applied to visitors.

"The government has the mandate to observe the majority interests, convictions and beliefs of its people, which is democratic practice and, consequently, reaffirms that Uganda is indeed a democratic nation," the board said.

The nation received more than 1.1-million international tourists in 2012, the board said, pointing out that the country was among 34 out of 54 African countries where same-sex marriage was a crime.

According to an August 2013 report by independent travel and tourism news website eTurboNews, which quoted a World Bank report, Uganda's tourism earnings in 2012 were just more than $1-billion, and made up more than 5.5% of the country's gross domestic product.

But more than dollars is at stake if a travel boycott proves effective, as the president of US-based African Travel Inc, which has specialised in personalised safaris to East and Southern Africa for the past 38 years, pointed out.

American culture
"Think of the Americans who visit Uganda, providing an insight into American culture for the Ugandans, and, similarly, think of how Ugandans, with their apparent lack of material trappings but simple dignity, inspire and humble American visitors from the so-called developed world, forcing them to rethink their values," said Jim Holden.

He is not the only one who stresses the importance of exposure. The travel of Uganda's leader and legislators who backed the Bill is now also under discussion.

Scottish cycling legend Graeme Obree is behind a petition calling for Ugandan politicians who supported the legislation to be barred from attending the 2014 Commonwealth Games in Glasgow, starting in July.

But activist Geoffrey Ogwaro, the assistant co-ordinator of the Civil Society Coalition on Human Rights and Constitutional Law, formed in response to the tabling of the Bill in 2009, wondered whether restricting the travel of politicians, at least in Museveni's case, would help.

"I think [that] it's good if he travels to these other venues and gets to meet people, so that they can challenge him from there," Ogwaro said.

"If he stays here, then he gets cocooned, he festers because of what is happening. It makes him more vengeful and full of hate."