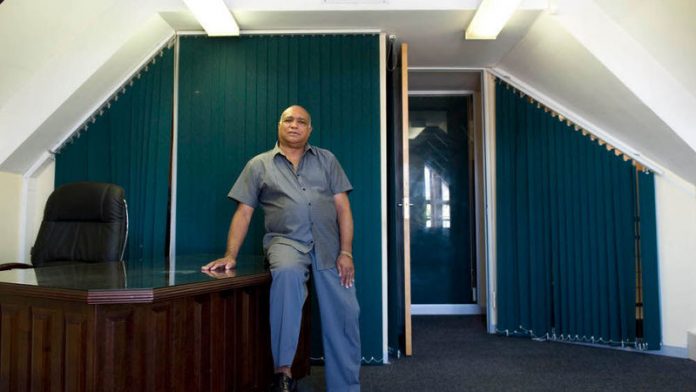 "It's only the EFF against the DA in the Western Cape," says Nazier Paulsen, convener for the Economic Freedom Fighters in the province. "The ANC can watch from the sidelines."

A lecturer in software development at the Cape Peninsula University of Technology, Paulsen says EFF membership has grown in the province and the Democratic Alliance will take a thumping at the polls.

Not so, says Ivan Meyer, leader of the DA in the Western Cape, who believes the party will retain the province in the elections on May 7 convincingly.

"We are definitely stronger. We are on track to increase our majority in the Western Cape. Our canvassing figures, opinion polling and by-election results indicate that we will grow further," he says.

"Voters are endorsing our service delivery record in increasing numbers. The Western Cape has the least corruption and the lowest unemployment rate in South Africa. We are the best-run province. All indications are that we'll return to government here with an increased majority."

"The primary reason is that, when the DA came into power with a so-called ‘blue wave' in 2009 and 2011, the reality is it failed to address the transformation socioeconomic issues," he says.

The ANC has had time to adjust to being the opposition, Mjongile says. In the process, it has tackled the challenges of poverty, inequality and unemployment and was now ready to seize back power in the province.

The ex-convicts Gayton McKenzie and his business associate Kenny Kunene believe their new party, the Patriotic Alliance (PA), will snatch a large chunk of the vote in the Western Cape and they have been parading their newest party member, Freddie Kearns, the 60-year-old former DA Ravensmead ward councillor.

Misspent funds
Kearns says the furore over the City of Cape Town's recently commissioned logo forced him to quit the DA. The money would have been better spent on projects for the poor rather than on creating a new logo for the city, he said

"The DA is just using the coloured vote. I feel that I don't belong to the DA anymore," Kearns says. "In the last two years, the DA got lost."

The DA has rejected his criticism of the party and said he never complained in any of their forums.

Kearns leaves behind a stable salary but, he said, he feels invigorated and his blood pressure had dropped since joining the PA.

It was the PA's focus on the youth that attracted him, says Kearns, as more must be done to save young people in the province from gangsterism and drugs.