Our courts are schooling the state 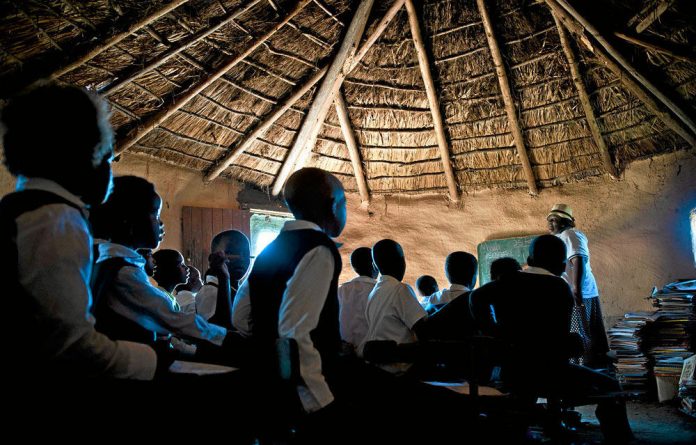 In the case of Madzodzo vs Minister of Basic Education last month, Judge Glenn Goosen of the Mthatha high court found that the state's failure to provide "adequate age and grade-appropriate" desks and chairs to pupils at schools in the Eastern Cape constituted a violation of the right to a basic education.

This judgment is significant both in providing insights into some of the systemic failures contributing to the education crisis in South Africa, and for its contribution to the development of a progressive jurisprudence on the right to basic education.

A 2013 Legal Resources Centre (LRC) publication succinctly summed up the impact of the pupils not having desks and chairs in the Eastern Cape: "[O]ne should go to the public schools in the former black 'Bantustans' in the Eastern Cape Province. There, almost 20 years after the advent of democracy and the dissolution of race-based disparities in educational funding, thousands of schoolchildren still sit on the ground because their classrooms have either no desks and chairs or an insufficient number thereof.

"They hunch over workbooks and crane their necks to see the blackboard. They often get sick from sitting for hours on cold dirty floors. Those who do manage to get a seat still have to share a desk with several others.

"Discipline problems arise in the daily fight for desks and chairs. It cannot be said that these pupils are deriving the same teaching and learning benefits as their peers in adequately resourced schools."

In October 2012, the LRC — acting on behalf of the Centre for Child Law (CCL) and parents from a group of schools in the Eastern Cape — brought an application to compel the government to deliver desks and chairs to schools where there were severe furniture shortages. The matter was settled and the agreement was made an order of court.

Systemic shortages
In terms of the settlement agreement, the government had to provide new furniture to the applicant schools. It also had to address systemic shortages in the province by conducting a comprehensive audit of furniture shortages of all schools in the province, and develop a comprehensive plan for addressing these shortages. Finally, the agreement contained an undertaking by the government that it would "endeavour to ensure" the delivery of the furniture to all schools identified in the audit by June 30 2013.

Following the failure of the government to implement fully the settlement agreement, the applicants returned to court for a second round of litigation. Although furniture had been delivered to the applicant schools, it was alleged that the court-ordered audit was incomplete and that the furniture needs in many schools, including entire districts such as Mount Frere and East London, had not been recorded. Moreover, it transpired that the government had failed to deliver furniture to many schools where furniture shortages had been recorded in the audit.

In September 2013, a second settlement agreement was therefore concluded wherein the government consented to the verification process of a revised audit by an independent body.

The major sticking point that remained, and which was the subject of argument in the third round of litigation, was the time frame for the delivery of furniture. The applicants argued that delivery must happen within 90 days of the audit being finalised.

The government argued for a more open-ended time frame in terms of which it would offer "a reasonable plan of action" for the delivery of the furniture within "the shortest period of time".

This, it was alleged, was necessary because of budgetary and other constraints. The government argued that, although it was estimated that R360-million was necessary to meet the furniture needs of schools in the province, only R30-million had been allocated for this purpose in the 2013-2014 budget. It also argued that, because the verified audit was still not available, they were unable to determine the full extent of the furniture shortages.

No justification
Judge Goosen dismissed the budgetary constraints argument. Rather than allowing the government to rely on this argument as a justification for not complying with the previous court orders, he found the  government had failed to budget pro-actively for furniture shortages even though it ought to have based its budget on relevant information that was available at the time the budget was decided. That is, a 2011 audit had estimated that the furniture shortages amounted to approximately R275-million and the updated 2013 audit had requantified those needs to be around R360-million.

The judgment went on to rebuke the government for other governance failures that contributed to a lack of delivery. These included irregularities and omissions in compiling the audit, the failure of the government to communicate directly with schools about their furniture needs, and delays in tender processes to procure the furniture.

This furniture case exposes similar weaknesses in the management of the public schooling system to those revealed in the 2012 Limpopo textbook case. In both cases poor governance appears to have contributed to an inability by the government to abide by initial orders, thus requiring civil society organisations to return to court to ensure compliance with court orders.

In the latest round of the furniture case, Judge Goosen ordered the government to meet all furniture shortages identified in the audit by the end of May this year. At the same time, the order contained a proviso that the government may return to court to apply for an extension if there is a "legitimate delay" and the government discloses the steps it has taken to comply with the court order.

Content and meaning
The judgment elaborated on the content and meaning of the right. It noted that the state's obligation to provide a basic education is not confined to making a place in a school available to a pupil but also includes a "range of educational resources", including the provision of furniture. By recognising furniture as an essential item for basic education, the judgment in effect elaborated on a developing jurisprudence that is beginning to define the basket of resources necessary for a quality education.

In the Limpopo textbook case, Judge Jody Kollapen found textbooks were an "essential component of the right to basic education" and their provision "is inextricably linked to the fulfilment of the right".

Both the Eastern Cape furniture case and the Limpopo textbook case are examples of the ways in which poor governance and mismanagement are contributing to the education crisis in its various manifestations. These case studies serve as examples of how the state can be held accountable and governance can be improved.

First, this can be achieved through the persistence of civil society organisations, returning to court more than once if necessary, to ensure that court orders are implemented. Second, judges can deliver progressive judgments based uninhibitedly on their constitutional mandate to assess the effectiveness of the government's programmes aimed at delivering socioeconomic rights.

The judgment in the furniture case is practical and solution-oriented. It seeks to vindicate pupils' rights, while recognising the difficulties inherent in governance. At the same time, the judgment places the onus on the government to justify and account for its actions or inactions.

Faranaaz Veriava is a human rights lawyer. She writes a monthly column in the education section on the right to basic education