The Orbit makes space for jazz in Jo’burg 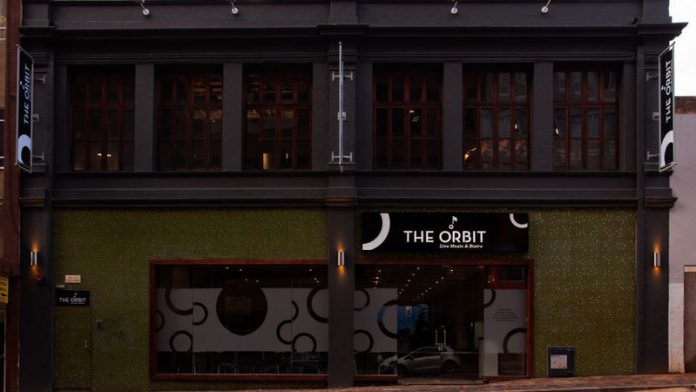 Taking its name from the classic 1958 Clarke Terry record of the same name, The Orbit Jazz Club arrives as a champion of South African jazz and its heritage, just as Kippies and Bassline (formerly in Melville) did before its time.

Newly opened in the heart of Braamfontein, Johannesburg, and inspired by the Blue Note jazz club in New York and Fasching in Stockholm, The Orbit is the brainchild of Aymeric Péguillan, former owner of a jazz joint in Troyeville; Dan Sermand, who with an extensive background in music has worked with the likes of Frank McComb and Quincy Jones; and businessperson Kevin Naidoo.

"We have worked hard to make sure that access to jazz in the city is a democratic process," says Sermand ahead of the club's launch, while explaining the process in making the space accessible to as many people as possible: from young to old. The venue's collaboration with the nearby Wits Music Department will mean sourcing young musicians to perform on a rotational basis for the lunchtime sessions. The idea of a democracy and accessibility filters through to the menu created with a range of food and pricing lists affordable to everyone; from students to working professionals.

Designed by architect Clare Justine Eisentein, the space feels warm. From the wooden floors to the lounge area and the pictures on the wall, the club is an intimate space. During the early phases of conceptualising The Orbit, a group of jazz artists were brought into the space to share their thoughts on what the would be important in a space like it and what they wanted to see. The result: good music fostered through a high quality sound system, in-house instruments and sound engineers.

The venue's stellar line-up includes jazz giants such as trumpeter Feya Faku, who played on its Friday opening night, bass guitarist Concord Nkabinde and singer Sibongile Khumalo as well as many more, who are set to play over the next three months. The club will also be tapping into international musicians, but local music will remain its key focus.

Beyond jazz
Beyond jazz, the club will feature a range of genres including salsa, funk , rhythm and blues. The Orbit has already gained wide attraction. On how he envisages the success of the club,  Sermand says, "For us, being successful is not about being packed out every night. We want to be on peoples minds. We want people to ask, 'Have you heard of this place?' We want someone to always be playing on the piano. We want people to own the place."

The Orbit Jazz Club will be open from Tuesday to Sunday from 11am to 2am, 81 de Korte Street, Braamfontein