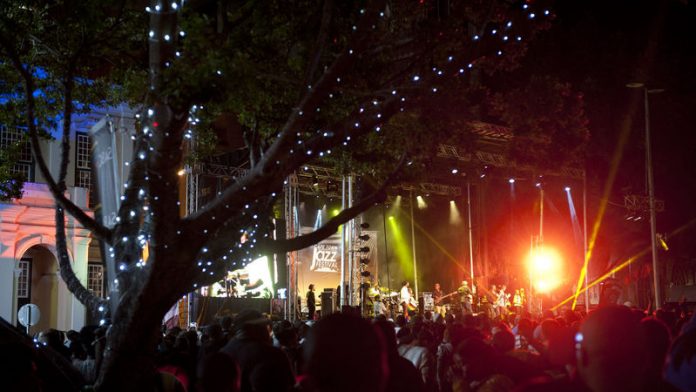 Rashid Lombard, who organises the 15th festival unfolding next weekend, has already named his line-up of local and global stars. They will play at the Cape Town International Convention Centre and public venues.

Artists on the official programme include iconic soul singer Erykah Badu from the US and local vocalists The Soil.

A free evening concert at Greenmarket Square, in central Cape Town, kicks off the festival next Wednesday. Artists to perform here are Shakatak from the UK, Tasha's World from the Netherlands and the local Schools All Star Super Band.

Organisers say it is the "festival's way of showing appreciation to the people of Cape Town, by giving them a taste of some of the world-class performers at no charge".

On Thursday, artists perform in Gugulethu township as part of the festival's development efforts to introduce jazz music to those who may otherwise not have access or instruments.

Fashion meets jazz on Thursday evening at the Jazz Fest Ballroom where three local fashion designers will showcase their clothing design collections. It is a new addition to the festival, intended to be an annual mainstay. Of course, jazz musicians will also feature at this event.

By Friday at the latest, the rest of the world would have descended on Cape Town's shores for two days of music appreciation. This is an annual migration that locals generally revel in, partying alongside friends from elsewhere.

A list of after-party venues has also been identified for festinos – as festival-goers are called.

Throughout the festival, a photographic exhibition in the event's Duotone Gallery, set up in the convention centre, will not only "show jazz in motion" but also pay homage to deceased Mandela.

It will display photographic work by "amateur and professional industry professionals that documents the emergence and growth of jazz globally".

Images have been "culled from the [festival's] archives, especially with reference to the photographers who have consistently covered it over the years".

Mandela's images are "from the files of the festival's director [Lombard] who, as a photographer back then, extensively documented South Africa's transition to democracy in the 1980s and 90s".

Participants in the last three years of the festival's jazz photography workshop will also exhibit their work.

Lombard says he has watched since inception how the festival has grown to have "such a massive impact".

"It's got its own beat now and we just love the fact that we are able to keep giving people what they want and to promote jazz and jazz related as a music genre in this country. Surprisingly, jazz is much bigger than people think," he says.

"It really does have broad appeal as evidenced by the growing ticket sales."

International artist line-up:
Ambrose Akinmusire Quintet (US), Chris Dave and the Drumhedz (US), (US), Hiatus Kaiyote (Australia), Carmen Lundy (US), Kenny Garrett Quintet (US), Rakesh Chaurasia and Friends (India), Snarky Puppy (US), The Foreign Exchange (US).