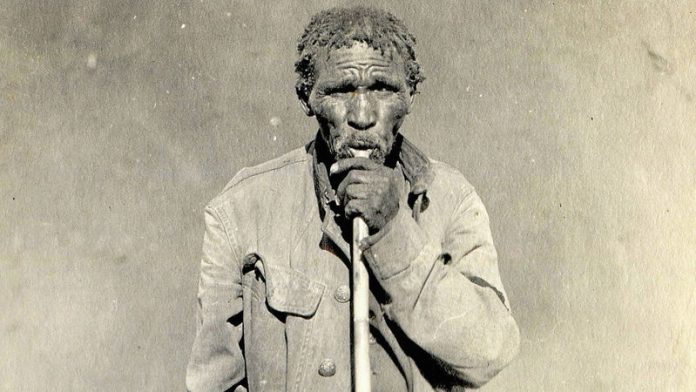 Those who come to celebrate the Franschhoek Valley harvest at the ATKV Oesfees, the annual rural music feast that takes place on Saturday March 22, will have the chance to listen to, play and even buy replicas of ancient Khoe and San musical instruments.

This is thanks largely to the efforts of ethnomusicologist Gavin Coppenhall. He usually works out of a Newlands workshop, crafting traditional African instruments for universities, schools, communities and African musical groups. An unusual project at Solms-Delta Wine Estate lured him out to the winelands to teach farm residents how to build and play indigenous musical instruments.

For two years, Coppenhall, who has a BMus in classical music, a BA in African religion and an MA in ethnomusicology from the University of Cape Town (UCT), worked with a group of four women and a man to create instruments out of animal skins and horns, wood, reeds, beeswax, kelp and other materials. What didn’t come from nature came from salvage, in the form of old oil cans.

The workshops took place at the Music van de Caab Centre at Solms-Delta, which is a recognised project of WDC (World Design Capital) 2014, and the aim was to transfer skills and knowledge about the Cape’s musical history to previously marginalised people.

"We made about a dozen different instruments, mostly Khoe and San," said Coppenhall. "They ranged from ankle rattle shakers and musical bows to the gora, which is, arguably, the only mouth-resonated wind instrument in the world."

The group also made replicas of instruments that were created long ago as rustic-looking copies of European instruments, such as the ramkie, also known as the blikguitaar (tin guitar), and the box violin.

Memories
Sanna Malgas was one of the women in the group, and she says making these instruments brought back memories. "We made reed flutes the same way we did as children, from reeds that grow near the river. My grandmother always used to always say that these instruments were important. I never dreamt that one day I’d be making them at Solms-Delta. I wish I could tell her I know what she was speaking of.

Tracey Randle, resident historian at Solms-Delta, said: "All of the instruments are replicas of original musical instruments from the priceless Kirby collection at UCT [that were] played by indigenous Southern African groups. The originals are delicate and fragile, needing constant monitoring and restoration. They are displayed in … a temperature- and climate-controlled environment. Here, the replicas we have made can be demonstrated by our Music van de Caab Centre guides and played by the visitors themselves."

Malgas was especially impressed with the bull-roarers, swinging noisemakers, that the Khoe made to lure bees away from their hives so that they could take their honey. They are made from yellowood to which a string with an olive-wood handle is attached.

"We tried them out ourselves when bees came into our studio and they worked every time," she said.

The selection also includes ankle rattles made of springbok ears and moth cocoons, flutes made from animal horns, seaweed horns, reed flutes, musical bows, ramkies made from calabashes and tin cans, and even a blikguitaar to name just a few.