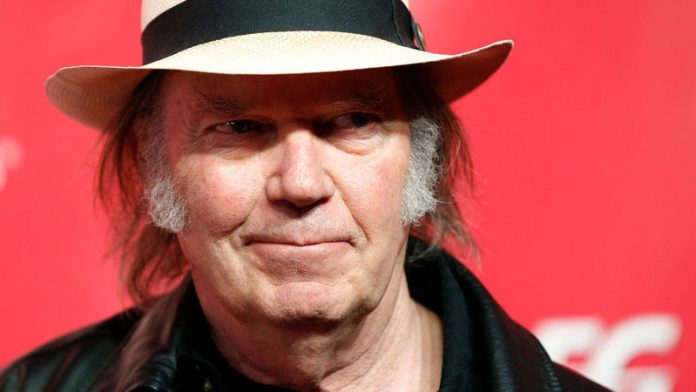 Neil Young is angry. As he paces the stage at this year's South By Southwest music conference he growls and spits about the cheapening of an art form, and the hollowing out of an industry by uncaring corporations. But he's not talking about the record labels – he's talking about MP3s.

For over a decade Young has been on a crusade to restore quality to digital music. While the world has been happily downloading MP3s by the trillion, he has been lamenting the loss of music's "soul". And Young would know what good music should sound like. He has been making it for over fifty years.

As part of bands like Buffalo Springfield, Crazy Horse and Crosby, Stills, Nash & Young, he has written and recorded some of the greatest rock music in history. He has been inducted into the rock 'n' roll Hall of Fame twice – once for his solo career and once for Buffalo Springfield. So when Young speaks, serious music lovers normally listen.

And yet, influential or not, the world has not really listened to Young's lament, until now. Tired of complaining and seeing no results, he founded a company called Pono, a Hawaiian word that means "righteousness" or "correctness". The company's aim: " …to offer you the highest quality digital music albums or songs in the world."

On the 11th of March the company launched a campaign on Kickstarter – a crowdfunding website that allows enthusiasts to pledge monetary support towards the development of a new product or cause.

The campaign hoped to attract the $800 000 needed to launch the portable Pono player – a device that will make the high-quality music provided by Pono portable. Within 24 hours the five-week campaign had already met its target. So far it has collected nearly $5-million, with 23 days still left to go. (Full disclosure: I'm one of Pono's thousands of backers).

Credibility
This overwhelming response is due at least partly to Young's unmatched credibility. As part of his keynote address he shows us video testimonials by some of the world's greatest living musicians – everyone from David Crosby and Eddie Vedder, to Elton John and Mumford & Sons. Dozens of singers, songwriters, producers and music executives all gushing praise after hearing Pono in action.

Their praise is so emphatic that many people are suspicious – how can any mere music player be that much better? And is there even a problem with digital music's quality? Cynics across the web are scoffing at the science behind Young's claim that the human ear can detect the difference between high-quality MP3s and the high resolution recordings that Pono is selling.

There's also a great deal of resistance to the idea of "paying for all the music I already own again" just to pursue some mythical quality standard that most mere mortals won't even be able to hear. And forums full of self-professed experts have branded the Pono player "ugly", "prone to skipping" and with an "awful" battery life (which is strange considering no one actually owns one yet).

Real magic
But much of this criticism comes from either cynicism or ignorance. Many think that Pono is yet another new audio format when it is really just a marketplace for existing high resolution music. Many think that Young is claiming that his player will magically transform MP3s into LPs – he isn't and it won't.

Others point out that you can already find high-resolution music, and the equipment required to play it properly, if you know where to look. But that is Young's whole point: most people don't know where to look, or even that they should be looking. He is afraid that a whole generation of young people are growing up without knowing what music really sounds like.

It may be that Young and the musical geniuses he hangs out with are all mistaken. They have the kind of superhuman ears required to produce true musical art. Of course MP3s will sound crappy to them!

But what if he's right? What if we are all missing out on the real magic of music – on its soul? Watching the old maestro pace the stage and evangelise, hearing him and his buddies rhapsodise about the warmth and substance and clarity of high-resolution music, I'm willing to chance being seen as a fool. In October, when my player arrives, I'll finally know.