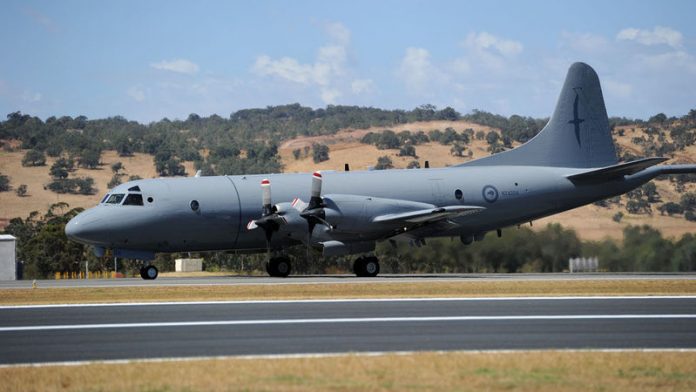 A Chinese plane crew spotted a white, square-shaped object in an area identified by satellite imagery as containing possible debris from the missing Malaysian airliner, China's media said on Monday, while the United States prepared to move a specialised device that can locate black boxes into the region.

The crew aboard an IL-76 plane sighted the object in the southern Indian Ocean search area on Monday and reported the co-ordinates to the Australian command centre, which is co-ordinating the multinational search, as well as Chinese icebreaker Snow Dragon, which is en route to the area, according to state-owned Xinhua News Agency.

No further details were given. Satellite images from Australia and China had earlier identified debris in the area that may be linked to the disappearance of Malaysia Airlines Flight 370 on March 8 with 239 people aboard.

The US Pacific command said it was sending a black box locator in case a debris field was located. The Towed Pinger Locator, which is pulled behind a vessel at slow speeds, has highly sensitive listening capability. If a wreck site is located, it can hear the black box pinger to a depth of about 20 000 feet (6 100m), said Commander Chris Budde, a US Seventh Fleet operations officer.

"This movement is simply a prudent effort to preposition equipment and trained personnel closer to the search area so that if debris is found, we will be able to respond as quickly as possible since the battery life of the black box's pinger is limited," said Budde.

Prepared for action
There move was not seen to be because of any break in the mystery of the missing plane, but rather as preparation should a debris field be confirmed.

The Chinese plane was one of two Ilyushin planes that joined the search on Monday from Perth, increasing the number of aircraft to 10 from eight a day earlier.

The Australian Maritime Safety Authority's rescue co-ordination centre said the weather in the area, about 2 500km southwest of Perth, was expected to deteriorate with rain likely.

Australian Transport Minister Warren Truss said "nothing of note" was found on Sunday, which he described as a "fruitless day".

"It's going to be a challenge, but we'll stick at it," he told Australian Broadcasting Corporation radio before the first aircraft left Perth at dawn. "We're just, I guess, clutching at whatever little piece of information comes along to try and find a place where we might be able to concentrate the efforts."

Flight 370 disappeared while en route from Kuala Lumpur in Malaysia to Beijing in China, setting off a multinational search that has turned up no confirmed plane pieces and nothing conclusive on what happened to the jet.

The latest French satellite data came to light on Sunday as Australian authorities sent planes and a ship to try to locate a wooden pallet that appeared to be surrounded by straps of different lengths and colours.

The pallet was spotted on Saturday from a search plane, but the spotters were unable to take photos of it.

Wooden pallets
Wooden pallets are most commonly used by ships, but are also used in airplane cargo holds and an official with Malaysia Airlines said on Sunday night that the flight was carrying such pallets. The official spoke on condition of anonymity, in keeping with company policy.

In Paris, French foreign ministry spokesperson Romain Nadal said in an interview with the Associated Press news agency that the satellite radar echoes "identified some debris that could be from the Malaysian Airlines plane".

The spokesperson said that these echoes "are not images with a definition like a photograph, but they do allow us to identify the nature of an object and to localise it".

Gathering satellite echo data involves sending a beam of energy to Earth and then analysing it when it bounces back, according to Joseph Bermudez Jr, chief analytics officer at AllSource Analysis, a commercial satellite intelligence firm.

Satellite radar echoes can be converted into an image that would look similar to a black-and-white photograph, though not as clear, he said. "You'd have to know what you're looking at," Bermudez said.

Miles apart
A Malaysian official involved in the search said the French data located objects about 930km north of the spots where the objects in the images released by Australia and China were located.

One of the objects was estimated to be about the same size as an object captured on Tuesday by the Chinese satellite that appeared to be 22m by 13m in size, said the official, who declined to be identified because he wasn't authorised to speak to the media.

US underwater wreck hunter David Mearns on Monday described the French satellite sighting of potential debris as a "positive development", although he was unaware of the full details.

Mearns was an adviser to British and French search authorities following the loss of Air France Flight 447 in the Atlantic Ocean during a flight from Brazil to Paris in 2009.

He warned that time was running out to find confirmed wreckage that could lead searchers back to the aircraft's black box.

Potential site
The southern Indian Ocean is thought to be a potential area in which to find the jet because Malaysian authorities have said pings sent by the Boeing 777-200 for several hours after it disappeared indicated that the plane ended up in one of two huge arcs: a northern corridor stretching from Malaysia to Central Asia or a southern corridor that stretches toward Antarctica.

Malaysian authorities have not ruled out any possible explanation for what happened to the jet, but have said the evidence so far suggests it was deliberately turned back across Malaysia to the Strait of Malacca, with its communications systems disabled. They are unsure what happened next.

Authorities are considering the possibilities of hijacking, sabotage, terrorism or issues related to the mental health of the pilots or someone else on board.

In the US, Tony Blinken, President Barack Obama's deputy national security adviser, said on CNN: "There is no prevailing theory … Publicly or privately, we don't know … We're chasing down every theory." – Sapa-AP