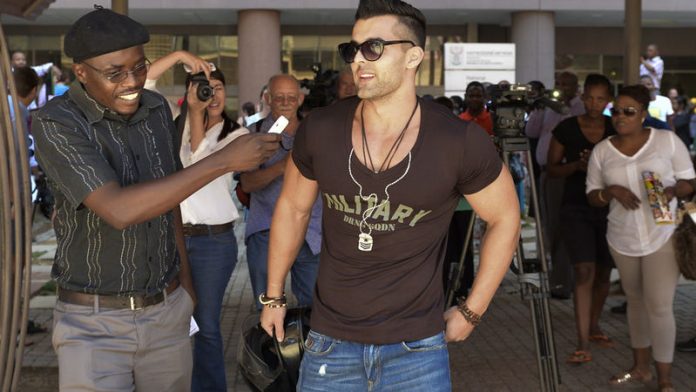 One of the Waterkloof Four may be moved to another prison after a cellphone was found in his prison cell, the correctional services department said on Monday.

"A disciplinary committee was established yesterday morning [Sunday], and we are considering moving him to another prison, which may happen during this week."

"He falls under the Group A offenders, those that are better-behaved and can move within other units … So all of his privileges including telephone calls, visits, and movement was suspended," said Modise.

"This offender is showing us he is not disciplined, and his conduct shows he has not been rehabilitated."

Considered parole
He said when parole was considered in a year's time, Becker's actions would be taken into consideration.

Modise said the committee would investigate how he got the cellphone, and whether officials had assisted.

"We will get to the bottom of this."

Earlier in February, Becker, Du Preez, Gert van Schalkwyk, and Reinach Tiedt were released after being jailed for beating a homeless man to death in Pretoria in 2001.

Department spokesperson Manelisi Wolela said the investigation into the February 16 incident had been concluded and four officials were facing disciplinary action.

The details of the investigation would be announced once the disciplinary committee had made a decision, Wolela said in a statement.

Parole revoked
The incident comes after two of Waterkloof Four had their parole revoked by the parole board in February.

The Correctional Supervision and Parole Board decided that Frikkie du Preez and Becker would only be due for further consideration for parole after spending another year in jail, spokesperson Manelisi Wolela said at the time.

"This confirms the zero tolerance stance of government, and the department … towards ill-discipline among inmates, parolees, and officials," he said.

On February 16, the two were re-arrested after footage of them allegedly drinking alcohol and using a cellphone in jail emerged.

The video, reportedly taken on a cellphone, was posted on YouTube.

It shows Du Preez and Becker allegedly drinking alcohol, and using a cellphone in a jail cell in Pretoria's Kgosi Mampuru prison. – Sapa