When should your kid get a cellphone? 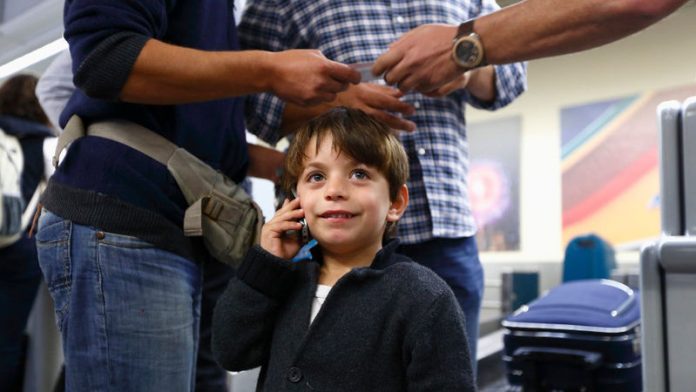 The single most common "official" reason for parents giving a child a cellphone is for safety and security. The most common unofficial reason is that the parents have finally given in to their children’s nagging.

Not surprisingly, one of the most common questions asked by parents whose children don't have phones, is what the most appropriate age would be to put one in their hands.

Along with that question goes the one about what type of phone a child should be given.

First things first: safety and security is indeed the best reason to give children a phone. Especially if they use public transport or school buses or are involved in extensive extramural activities, a phone becomes an essential tool for co-ordinating meeting and pick-up times, or providing updates about delays from either side.

There are two general age levels where this need seems to kick in: at age 10, when children typically move out of the junior grades at school and involvement in sport and cultural activities begins to take off; and at age 12, when their social lives become a complex maze of events, activities and negotiations.

Increasingly, younger children get phones. A recent study by Elizabeth Englander among 20 000 kids in Massachusetts showed that one-fifth of eight-year-olds already had phones. South Africa is headed that way, too.

"It's often in the name of safety, security and our convenience," says Nikki Bush, co-author of Future-proof Your Child.  "We live in an era of helicopter parenting, where parents wants to be virtually present even when they can't be physically present."

Clear-cut
Most parents will have their own reasons, with nuances drawn from their lifestyles and environments, for giving a child a phone. But they still find themselves at a loss when it comes to choosing the right phone.

Here, at least, the guidelines are more clear-cut:

If you must give a child of eight a phone, make it is a basic phone that offers only voice and SMS. If you give a child of that age an internet-connected device with chat and app functionality, you're almost guaranteeing tears. The Massachusetts study found that 20% of eight-year-olds with phones had experienced cyber-bullying. At best, you're still expecting little children to take responsibility for an expensive device that their parents have often not mastered.

For this very reason, the phone should be pre-programmed with key numbers of family, care-givers or school authorities. Clear rules must dictate when and how the phone may be used, and usage must be monitored.

At age 10, basic phones are still recommended, but smartphones become more of a norm, especially when they are hand-me-downs. Here, parents have a responsibility to understand the parental controls on the device, and to ensure that children only access age-appropriate content. A strict budget on voice and data must be imposed.

From 12 onward, the pressure is on to get a decent smartphone, particularly to use chat apps that allow children to coordinate their social lives. No matter the sophistication of the phone, also provide a cheap basic phone as a standby to take along to parties, field trips and other outings where there is a high chance of a phone being lost.

Above all, remember that the phone is your property, and only on loan to the child. – Gadget.co.za