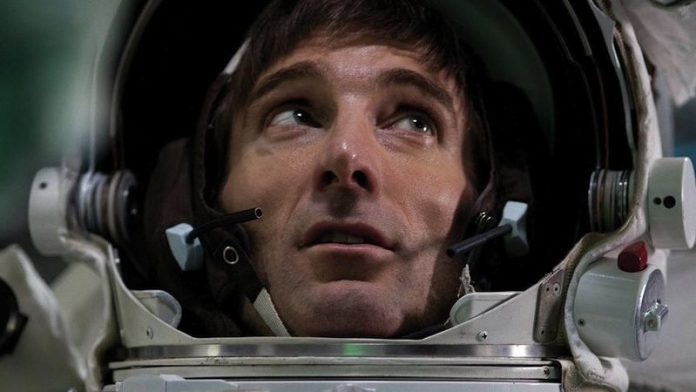 The concept of the "found footage film" – in which a movie is styled to look as though it's been filmed by its own protagonists – is very popular with indie filmmakers. The approach has an obvious advantage: it allows for an authentic-looking film on a shoestring budget. But so many films have experimented with this technique that "found footage" has almost become a cliché in its own right, with a well-worn set of tropes and conventions.

The latest film to use this technique is Europa Report, featuring South African actor Sharlto Copley. Thankfully, it demonstrates that it is still possible to make a "found footage" movie that is both creative and interesting.

Europa Report is science fiction. Specifically, it's a rare cinematic example of "hard" science fiction, a genre that is well represented in literature but not in film. Which is to say that it takes the "science" part of "science fiction" seriously, and it expects its audience to do the same.

The movie is framed as a documentary, and tells the story of a privately funded space mission to investigate Europa, one of the moons of Jupiter. Europa is an icy world that harbours liquid oceans deep beneath its surface, and plenty of real-life scientists have suggested that these subterranean oceans might be home to living organisms. The astronauts in Europa Report are given the task of finding a definitive answer to this question.

Of course, things are never so simple. Europa Report uses a nonlinear structure, which makes it clear from the start of the film that the mission will experience some sort of disaster.

The "documentary" consists of footage from the ship's cameras and film shot by the astronauts, and there's a lot of interplay between the format and the storyline.

For instance, where does the footage used in the documentary come from? Does the ship make it back to Earth? Rest assured that Europa Report does have answers to these questions, but you'll have to wait until the very end to see how everything fits into place.

Great effort
The makers of Europa Report went to great effort to build sets that look like the interior of a real spaceship, having carefully studied photographs from the International Space Station. The living conditions on the ship are cramped, and privacy is nonexistent.

It takes the astronauts nearly two years to reach Europa, and the film mirrors the sedate pace of the ship. The narrative advances carefully, allowing plenty of time for its mysteries to percolate.

To be sure, Europa Report is far from flawless. The acting is occasionally hammy, and there are some questionable narrative choices in the final act. More generally, this is a small, low-budget film that is trying to tell an ambitious, special effects-driven story.

The film uses a variety of technical trickery to get around this central contradiction, but it never fully resolves it.

The lack of production value is especially noticeable in the aftermath of Gravity, which set a spectacularly high standard for the depiction of space on film. Still, if you can get past these problems, you'll find that Europa Report is a fascinating portrayal of an ambitious space mission that is at least vaguely plausible using present-day technology.

In the real world, most countries' space programmes have languished since the end of the Cold War. Although it's a space disaster movie, Europa Report makes a surprisingly good case for rebuilding them.

A Spike in Copley’s Hollywood career