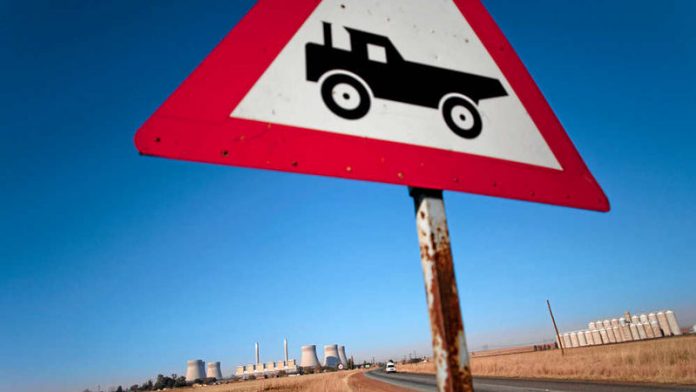 "Without a common vision of the economy and better relationships between all stakeholders – government, business and labour – we will be unable to deal with these challenges," said Saliem Fakir, the head of the living planet unit at the World Wide Fund for Nature in South Africa.

Fakir was speaking following the release of the latest report by the United Nation’s intergovernmental panel on climate change.

The panel's fifth annual assessment report, titled "Climate Change 2014: Impacts, Adaptation and Vulnerability", painted a stark picture of the threat the phenomenon has in store for the globe.

South Africa will not be exempt and faces rising temperatures, declining rainfall and poorer crop yields.

The report noted that, along with an increasingly warm continent, which could experience increased temperatures of between 30°C and 60°C, "high warming rates" are projected for South Africa, Botswana, and Namibia. Meanwhile, downward trends in rainfall are expected in western South Africa, Botswana and Zimbabwe. This is expected to have an impact on crop yields, with yield losses by the mid 21st century estimated at more than 30% for South Africa and Zimbabwe.

The "general malaise" in the economy did not mean that business was not interested in the question of climate change, said Fakir, but these problems were better dealt with when they talked to the bottom line.

Useful
The panel's report was useful because it illustrated the direct effect climate change was likely to have on business, particularly given the rise of globalised supply chains, which were now exposed to increased environmental risk.

A major issue for South Africa was the carbon intensity of the country's power sector, said Fakir.

Eskom produces about 95% of South Africa’s electricity, predominantly from coal-fired power stations. The industry is both water and carbon intensive.

Fakir said this had to be solved by government-directed policy on long-term public investment and infrastructure development.

Companies in the services sector had found adapting to climate change easier, he said, as switching to alternative technology was easier in this sector. It was much harder for large industry, which invested in carbon-intensive technology decades ago, to make the switch, as companies often had not yet recovered the full cost of their investment.

Nevertheless, energy-intensive industry such as mining is experiencing change, particularly where climate change converges with issues such as energy security and electricity costs. Mining companies have been exploring the use of renewable energy because of the cost implications of a proposed carbon tax, the rising cost of power and security of supply.

Fakir argued that, ultimately, there needed to be a shift in mind-set to make the relationship between major economic actors in South Africa more constructive. This included business being more transparent with the state and sharing technical and operational information to ensure that its challenges were better understood by policy-makers.

Pressures
Climate change competes with a host of other financial, political, economic and social pressures in developing countries, said Gareth Warner, the managing director of solar energy firm Solarcentury Africa. But as the price of traditional coal-fired power rises, there is a growing business case for renewable energy technology.

The cost overruns and delays at Eskom's Medupi and Kusile plants, and its extensive use of very costly diesel-fuelled open-cycle gas turbines because of constrained electricity supply, suggested the company was "haemorrhaging money", Warner said. Given these factors, it was unlikely that electricity tariff increases would remain at the 8% level set by the national energy regulator, making solar a more attractive option.

There was growing interest from commercial and industrial companies in solar-diesel and solar-battery hybrid systems, he noted. Solarcentury has supplied companies such as a tea plantation in Kenya with a solar-diesel hybrid system, which runs on solar power, but switches to a diesel backup when required.

The impact of climate change on business cannot be ignored. South African firms are already feeling its effects.

A report released by the National Business Initiative conducted under the auspices of the Carbon Disclosure Project revealed that firms were already experiencing "substantive water-related risk". According to the report, 72% of local respondents reported "having already experienced water-related impacts in the past five years", compared with 53% of global respondents.

"Water stress or scarcity continues to be the most reported anticipated risk, followed by declining water quality, flooding and higher water prices," the report said.

It said that two-thirds of the anticipated risk was expected to have a potential impact on direct operations or supply chains within the next five years.

The report found, however, that even though South African companies had greater exposure to risk, there were only a few areas where they were more transparent than their global counterparts. The report also found that there was a need for companies "to act beyond their operations, particularly given the context of South Africa’s social development needs and constraints".

The government has promised that we will get to net zero emissions by 2050, but is still taking actions that will make the climate crisis worse
Read more
Environment

Think-tank institutes, politicians and Big Business conspired to discredit researchers and the science of the climate crisis
Read more
Opinion

COMMENT: The rapid roll-out of small-scale solar power will reduce pressure on the grid and and boost SMME sector
Read more
Environment

COMMENT: Developing countries face a debt crisis that will only become worse as the Covid-19 pandemic continues, and massive debt relief will inevitably be necessary. The only question is whether it will be designed to address the even larger climate crisis
Read more
Advertising
Continue to the category
Politics