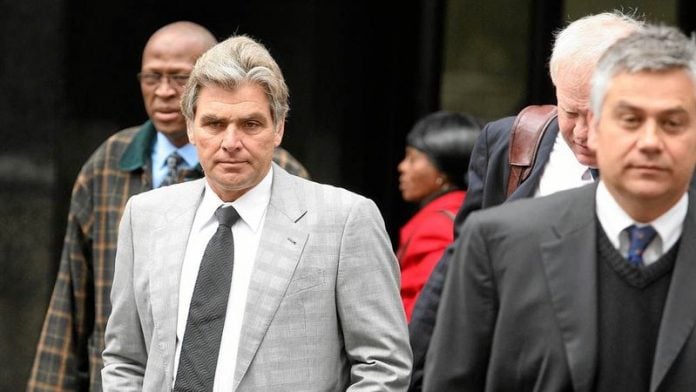 So how much does a ­meeting with an influential Zimbabwean politician cost? If ­maverick MP Temba Mliswa is to be believed, the bill can run into ­millions of dollars.

This week Mliswa – a Zanu-PF politician, businessman and combative black empowerment ­crusader – described in detail how he had clinched a deal with controversial businessman Billy Rautenbach, which would have seen Mliswa pocket cash and shares in lucrative investments from coal to fuel. All this would be in exchange for access to politicians who make decisions.

Mliswa claims he is owed $165-million in fees for "facilitating" Rautenbach's access to top government officials. The case finally lifts the lid on a practice foreign investors and many within government have long been familiar with: the big business of influence-peddling.

Well-connected lobbyists stalk state corridors with a group of foreign investors in tow. For promises of backdoor routes into government, and to President Robert Mugabe himself, the lobbyists demand cash and stakes in investments.

Mliswa, a nephew to Didymus Mutasa, a Zanu-PF administration secretary and the presidential affairs minister, is just one of them. Taking advantage of the bureaucracy that investors face when trying to set up businesses in Zimbabwe, the likes of Mliswa make good money promising to ease businessmen past the red tape. Details of such dealings are hardly ever made public, but Mliswa and Rautenbach's public row over unpaid "facilitation fees" offers a window into the practice.

"It is rare for any paperwork to be prepared to acknowledge the various agreements and undertakings … everything is based on mutual trust," Mliswa's lawyers say in a letter made public this week.

'Consultancy' business
Trading on access to power is good business. Two years ago, Mliswa told a reporter that he was being paid $10 000 a month for his "services". This week Mliswa said Rautenbach had gone back on "a gentleman's agreement" to give him a 10% shareholding in the billion-dollar ­ethanol project at Chisumbanje, plus a 10% share in a platinum deal.

Mliswa is not even shy about his "consultancy" business. "I took him [Rautenbach] to every high-ranking official he knows today in government."

Mliswa even claimed at a press conference on Tuesday that Rautenbach had bought a house for former Zanu-PF Manicaland provincial chairperson Basil Nyabadza to facilitate the Chisumbanje deal. Mliswa said he had introduced Nyabadza to Rautenbach.

But Nyabadza denied the claim, saying he would report Mliswa to the police.

It is not difficult to see why some investors are willing to part with large sums of money to buy direct access to key decision-makers in ­government. Zimbabwe is among the most difficult places in the world to start up a new business.

Red tape for new businesses
According to the World Bank's Ease of Doing Business Index, it takes more steps and a longer time to set up a business in Zimbabwe than it does in other markets in the region.

For a country desperate for new investment, the red tape is a huge let-down for many. The Zimbabwe Investment Authority has been lobbying for laws that will cut down the number of processes needed for investors to bring money into Zimbabwe.

The authority's chief executive, Richard Mbaiwa, said recently a "one-stop investment shop" concept was being developed to harmonise the various laws and departments that deal with investment to make the process easier.

But bureaucracy always translates into a great opportunity for the well connected. Even for seasoned businesspersons, navigating the government maze can be tough. But greasing palms does help.

An Asian businessman who has been trying to set up an energy project in the Midlands told the Mail & Guardian that it was "nearly impossible to go around government without paying someone who knows [the right] people to talk to".

The investor, who has been trying to get approvals for his investment for close to two years, described his frustration. "You make contact with people in government, and they say ‘come back next week'. Next you know you have people calling saying ‘you are speaking to the wrong person, let me direct you to the right man' – for a fee," the businessman said, declining to be named.

The lobbyists can be politicians, like Mliswa, or senior civil servants who claim to have the influence to sway decisions – or access to those who do.

"We paid for one official's family holiday, just so we can have a real audience with senior people," an official with an Asian telecommunications equipment-maker claimed.

'Normal business practice'
Mugabe is aware of the influence-peddling going on around him. Recently he said he knew of an MP and a minister who had asked for up to $70 000 from foreign investors, on the pretext that this would buy them "face time" with him.

Mugabe previously described how former South African president Thabo Mbeki had complained to him after potential investors with links to the ANC were driven away by similar demands from people in the Zimbabwean government.

"They have been told: if you want to do business, bring $5-million and from that $5-million we take $1-million that we will take to the minister to give to the president," Mugabe said at the time.

Earlier this year it was reported that Kamal Khalfan, an Omani ­businessperson who jointly owns commercial interests with Zanu-PF, had been selling his influence by asking for cash from a German investor desperate to get state links.

For the likes of Mliswa, there is nothing wrong with profiting from one's access to the powerful.

"It's not as if I took a bribe," he said. "It is a normal business practice to demand a share of the cake if you are involved. There is nothing amiss about that."

Mliswa maintains that he just wants his money. "I don't come cheap," he stressed this week.